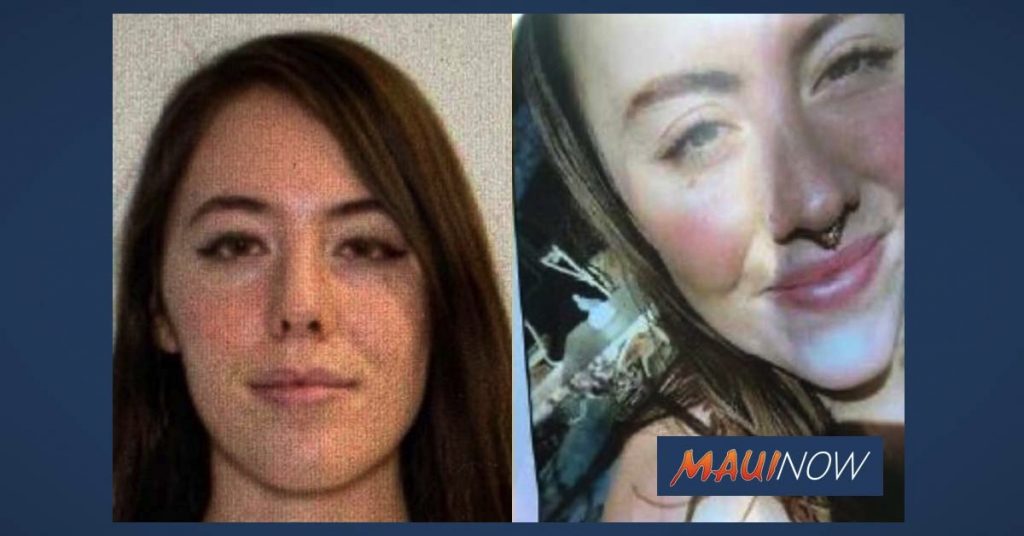 On Saturday, May 16, 2020 at about 1:40 a.m., police were dispatched to a residence in Kula, regarding a female later identified as Tara Trunfio, who was allegedly on the property and refusing to leave.

Trufino was arrested for two counts of Rules and Orders. Police say an investigation reveals that Trunfio arrived on Maui, acknowledged the Emergency Proclamations set forth by Governor David Ige and Mayor Michael Victorino with regards to the Traveler 14 Day Quarantine, however police say she failed to comply.

An all-points bulletin was put out for her arrest, and posted to social media. There were more than 300,000 people reached with the post, according to police.

“Maui Police Department will continue to enforce the rules and orders set forth by the Governor of the State of Hawaii, Mayor of Maui County, and Hawaii Revised Statutes,” police said in a press release.