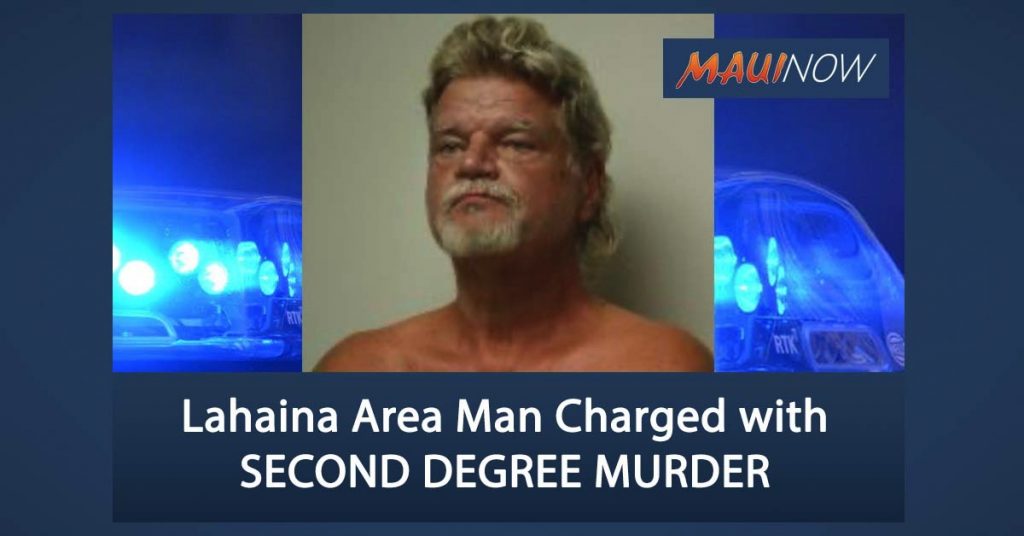 Maui police arrested and charged 61 year old David Richard Stevens, a Lahaina area man, for second degree murder in connection with an ongoing investigation into the death of a man on Waineʻe Street early Thursday morning.

Stevens was arrested at around 5 p.m. on Thursday, May 21, and was formally charged today, May 22.

The investigation is ongoing, and next of kin notification for the deceased man is pending.