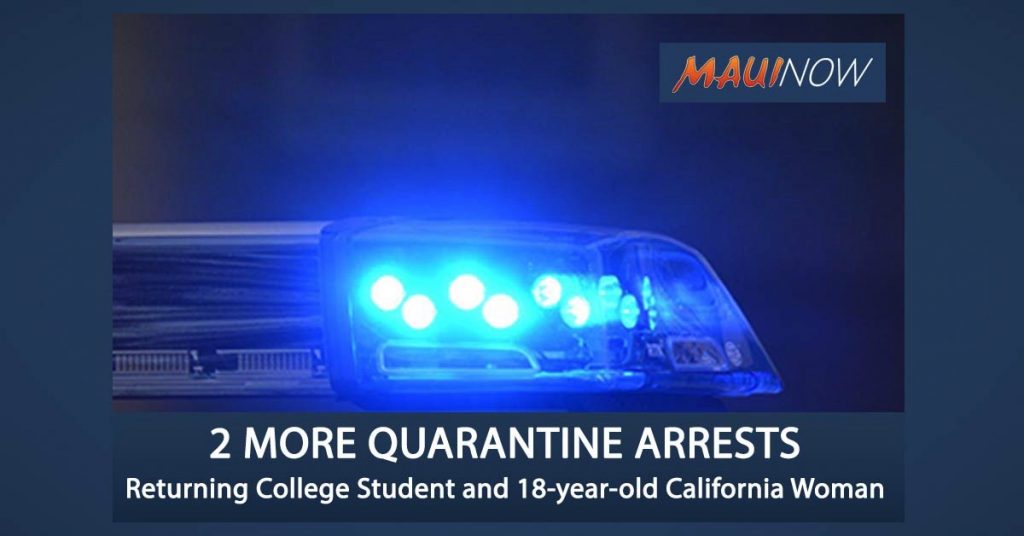 A student attending college in Hawai‘i was arrested this morning by Special Agents from the Investigation Division of the Dept. of the Attorney General. 21-year-old Venasio Vaipulu was reported by a witness.

The witness told the special agents that on May 18th Vaipulu returned from spring break aware that he was under the State’s current 14-day mandatory traveler quarantine. The witness reports Vaipulu left his designated quarantine location nearly daily.

Investigators went to the address looking for Vaipulu to learn that he had moved without informing the Hawai‘i Tourism Authority of his new residence. He was arrested on two charges; quarantine violation and unsworn falsification to authority. He was booked, charged and his bail was set at $4,000.

Last Thursday, an 18-year-old Victorville, CA woman, who arrived on O‘ahu on May 17 was arrested on the same charges. She said she’d be staying with relatives for a month.

Special Agents from the Investigation Division of the Department of the Attorney General report that Makayla Janay Thomas began posting her adventures on Instagram, several days after arriving at a Mililani home.

Agents went to where Thomas was staying and arrested her on charges of violating the mandatory 14-day traveler quarantine and for unsworn falsification to authority.  She was booked and charged, and her bail was set at $2,000.

Attorney General Claire Connors commented, “While everyone is anticipating the reopening of interisland travel on June 16, the quarantine rules for all visitors and returning residents from the mainland will remain in effect until further notice. We encourage all travelers to respect the mandatory quarantine, as it has been an important component in helping Hawai‘i have the best metrics in the country, in terms of infection and coronavirus death rates.” 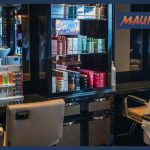 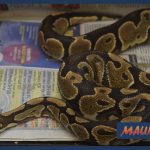 4-Foot Ball Python Found by Hunters, Turned In on O‘ahu

ARTICLE COMMENTS ( 18 )
This comments section is a public community forum for the purpose of free expression. Although Maui Now encourages respectful communication only, some content may be considered offensive. Please view at your own discretion.
I Understand, Show Comments