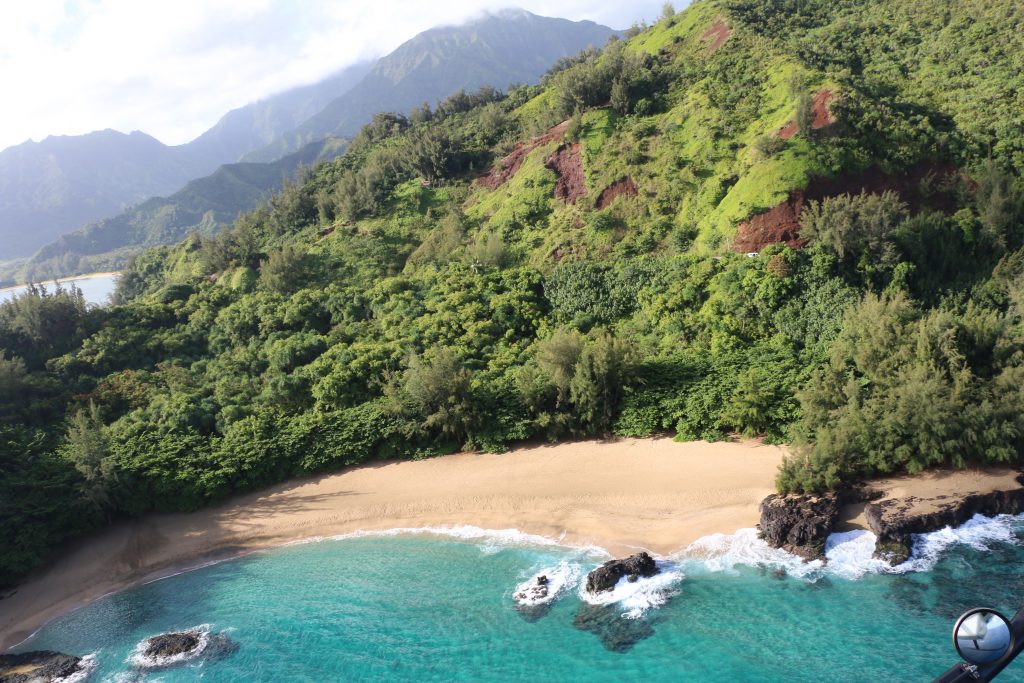 A team of eight law enforcement officers from the Kaua‘i Police Department, and the DLNR Division of Conservation and Resources Enforcement issued 15 citations on Sunday to people in the closed Kalalau Section of the Nā Pali Coast State Wilderness Park on Kaua‘i.

Kalalau Beach, which lies at the end of the Nāpali Coast hike, remains closed due to the COVID-19 pandemic. Meantime, commercial ocean activity is always prohibited in the wilderness park.

DOCARE began receiving reports of violations at Kalalau beginning last Wednesday indicating that as many as 25-30 people were in the area.

When KPD and DOCARE officers arrived, they reported that “many people ran and prior to their arrival two large vessels had already transported people out of the area.”

DOCARE Chief Jason Redulla said, “We deeply appreciate the help of the Kaua‘i Police Department, and the three officers who assisted our officers. They were notified at the last minute and quickly stepped forward to help.”

When open, the Kalalau section requires an overnight permit from the DLNR Division of State Parks. Currently the 11-mile Kalalau Trail is only open to Hanakāpīʻai Stream–which includes the first two-miles of the trail and an additional two-miles to Hanakāpīʻai Falls.

DLNR reports that the names of the people cited are not immediately available.