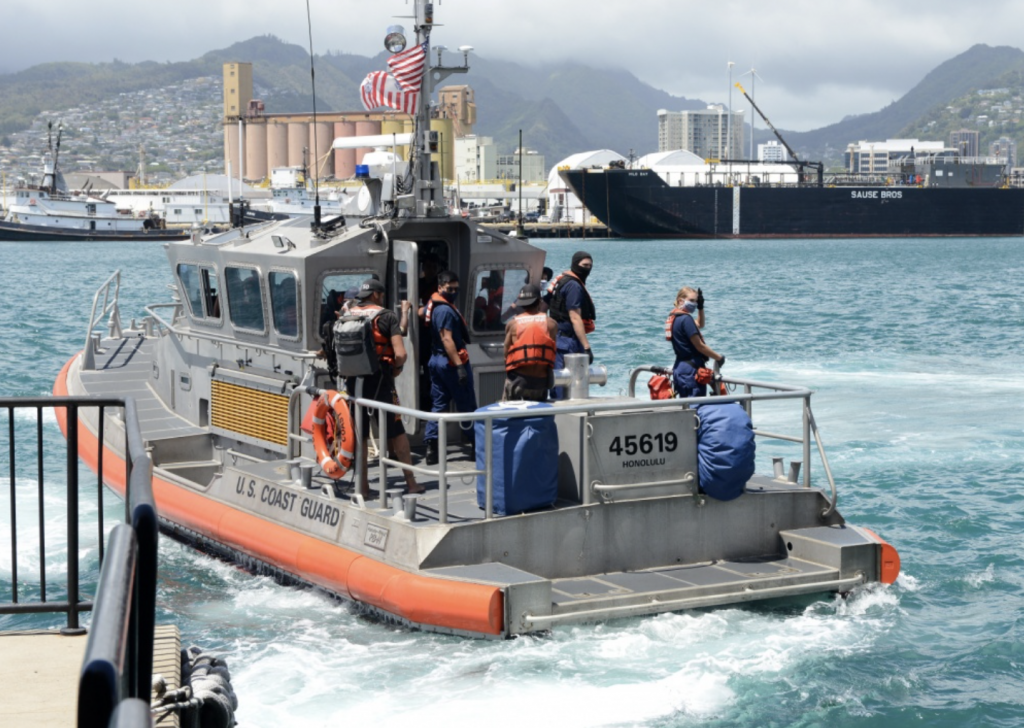 A Station Honolulu 45-foot Response Boat-Medium crew arrives at Coast Guard Base Honolulu with four rescued mariners from the sailing vessel SS Chuckahui Kai after they we’re rescued by the crew of the Coast Guard Cutter Oliver Berry (WPC 1124), June 9, 2020. The mariners were rescued by the Oliver Berry crew after their vessel was blown off course and adrift 74-miles south of Oahu. (U.S. Coast Guard photo by Petty Officer 3rd Class Matthew West/Released)

The US Coast Guard successfully rescued four mariners aboard an overdue sailing vessel the SS Chuckahui Kai, approximately 74-miles south of Oʻahu, on Tuesday.  The vessel and those aboard were reported missing on Monday night when they failed to arrive at Lahaina on Maui as planned.

Officials say the vessel’s GPS malfunctioned while in transit and was blown off course overnight.  The next morning, the crew could not see land; and while they had a working compass and a northern heading, conditions continued to push them south.

The vessel was located and those aboard were brought back to Honolulu Harbor, but due to deteriorating weather conditions, the vessel itself was abandoned.  The SS Chuckahui Kai is currently marked for visibility and remains adrift.

No injuries were reported, but aid was given to one mariner with a pre-existing health condition.

“This case highlights the importance of filing a float plan,” said Petty Officer 1st Class Ashley Gray, a Sector Honolulu watchstander. “Because the SS Chuckahui Kai’s crew notified a friend of their intentions, we were notified promptly when the vessel crew was late and in possible distress. Had the friend not called us, it may have been days before anyone knew something was wrong.” 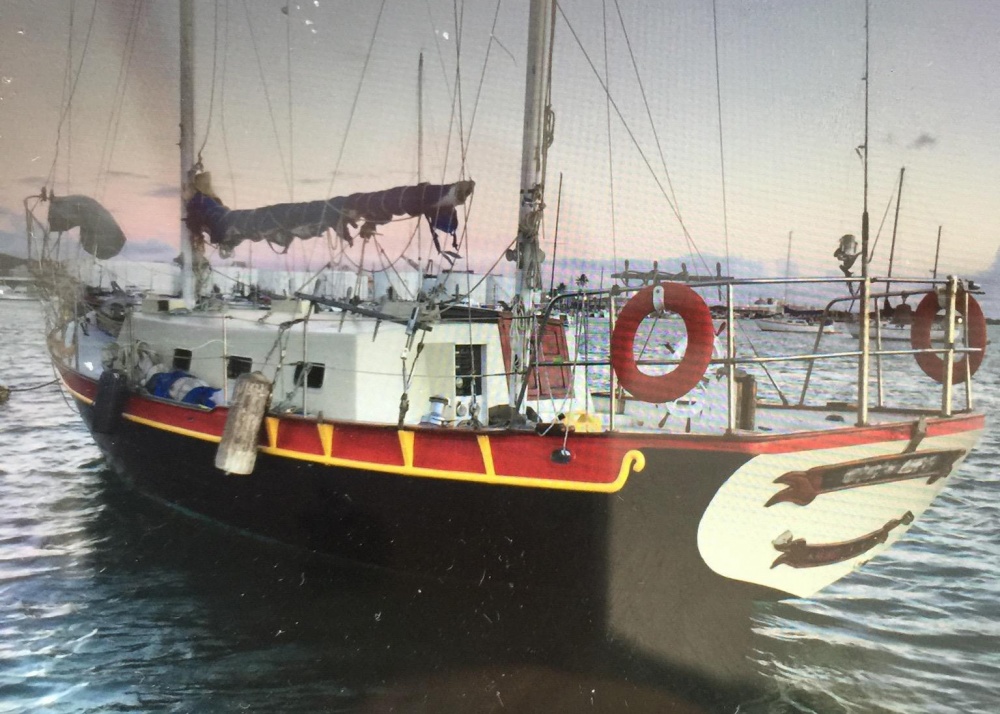 The Coast Guard is searching for the overdue private sailing vessel SS Chuckahui Kai between Oahu and Maui, June 8, 2020. Anyone with information regarding the missing sailboat is requested to contact Sector Honolulu on Channel 16 or at 808-842-2600. (U.S. Coast Guard photo courtesy of Coast Guard Sector Honolulu)