DOUGLAS CONTINUES TO STRENGTHEN; COULD BECOME A MAJOR HURRICANE ON THURSDAY

At 11 a.m. HST, the eye of Hurricane Douglas was located (near latitude 12.1 North, longitude 130.9 West) 1570 miles WSW of the southern tip of Baja California and about 1690 miles ESE of Hilo, Hawaiʻi, according to a mid-day update from the National Hurricane Center.

Maximum sustained winds have increased to near 80 mph with higher gusts. Hurricane-force winds extend outward up to 10 miles from the center, and tropical-storm-force winds extend outward up to 105 miles. The latest forecast calls for additional strengthening over the next day or two, and NHC forecasters sy Douglas could become a major hurricane on Thursday.
(Update: 8 a.m. and 5 a.m. 7.22.20; Originally posted 11 p.m. 7.21.20)

Hurricane preparedness is top of mind this week as Douglas strengthened to Hurricane status today and is now considered the first hurricane of the 2020 Eastern Pacific Season. According to the current forecast track, the system is expected to cross into the Central Pacific area of jurisdiction on Thursday night or Friday and approach the Big Island of Hawaiʻi on Sunday as a tropical storm.  Tropical storms could still result in significant impacts and are defined as systems with wind speeds of between 39 and 73 mph.

The National Hurricane Center says Douglas is expected to move near or over portions of the Hawaiian Islands this weekend, and there is an increasing chance that strong winds and heavy rainfall could affect portions of the state beginning on Sunday.

At 5 a.m. HST, the center of Tropical Storm Douglas was located (near latitude 11.8 North, longitude 129.5 West) about 1500 miles WSW of the southern tip of Baja California and about 1785 miles ESE of Hilo, Hawaiʻi. The National Hurricane Center says Douglas is moving toward the west near 15 mph and a turn toward the west-northwest along with an increase in forward speed is forecast to occur tonight.

Maximum sustained winds are near 75 mph with higher gusts and tropical-storm-force winds extend outward up to 80 miles from the center. The NHC says strengthening is forecast during the next couple of days, followed by some weakening that could begin on Friday once Douglas begins to move over cooler waters.

Luke Meyers, Administrator of the Hawaiʻi Emergency Management Agency provided a detailed update during a Facebook Live interview with the Governor on Monday afternoon.

He explained, “About five days out, the state Emergency Management will stand up coordination among partners such as the governor and the counties, the National Weather Service as we watch the tropics.  We do have a 24/7 state warning point that monitors tropical activity.”

As soon as the storm passes 140 degrees West, the Central Pacific Hurricane Center and emergency management agencies in Hawaiʻi launch internal communication with a video teleconference in which partners talk about the potential impacts from the storm.

“So as of right now–Tropical Storm Douglas as an example–we are monitoring where the storm is going to go in collaboration with those partners.  We anticipate it crossing into the Central Pacific over that 140 degree West mark, sometime on Friday,” said Meyers.

“At that time, we will stand up a virtual meeting and we’ll start to assess the track.  Currently the track brings it very close up to the islands.  We do expect the storm to increase in size, maybe get up to a major hurricane, before starting to weaken,” said Meyers.

“Fortunately at this time–to the south and east of the Hawaiian Islands–is an area of relatively cool water and if that cool water runs where the tropical system goes, it will produce some weakening.  So we do anticipate some impacts from the storm as we get into weekend into early next week; but at this time, we just continue to monitor and get ready with our partners,” said Meyers.

The Significance of 140 Degrees W

The National Hurricane Center divides up different areas of interest.  The Eastern Pacific is located East of 140 Degrees W and runs all the way to Mexico.  “That is one area that is tracked for tropical systems that traditionally kind of come to the West and then they curve back up to the Mainland US and to Mexico,” said Meyers.

West of 140 (degrees W) falls under the jurisdiction of the Central Pacific Hurricane Center.  “That’s where we start to track things.  Traditionally, as a system moves forward based on 10 or 15 mph, we are about five days out from a system potentially impacting the Hawaiian Islands from the 140 Degree West line.  So that gives us several days to get ready and further prepare as a tropical system may start to encroach on us,” said Meyers/

The National Guard is active currently and playing a lot of support roles throughout the counties, including response related to COVID-19.

As seen in other disasters, whether it’s a tsunami, earthquake or volcano, Meyers notes that Major General Kenneth S. Hara, who serves as Director, Hawaiʻi Emergency Management Agency (HI-EMA), has the authority to activate the National Guard for support.

Depending on the size of the hurricane and the impacts, officials say Hawaiʻi could see the use of the National Guard to provide emergency protective measures.

While designated schools are traditionally used as emergency shelters during severe weather events, the state is reviewing the potential for use of non-congregate options in light of the COVID-19 pandemic and current protocols that limit the gathering of large groups.

“We’ve had a number of conversations with our county Emergency Management and Civil Defense agency partners, including the Hawaiʻi Tourism Authority on the potential use of hotels to support sheltering during a hurricane with COVID-19,” said Meyers.

“Some of the hotel facilities have been used for COVID already–not necessarily for COVID itself, but to support some additional capacity.  Again, we’ve had some conversations but nothing specifically has been identified at this time.  That would be an emergency protective measure that could be leveraged as the storm is approaching,” said Meyers.

Key Elements of an Emergency Plan and Importance for Families

“Having a plan is the first step in documenting basically some of your personal accountability.  If you know where you live, work and play and you know the hazards that could impact you and your loved ones–that’s the first step to understanding whether the impacts and consequences of any natural or human caused incident that may impact you,” said Meyers.

“Having that information, having communications information in there–who to call (whether it’s an auntie, uncle, someone on the mainland or somewhere else)–having that information documented and shared among family and friends is very important and that plan can be a vehicle for any of the threats that we’re faced with here in the Hawaiian Islands,” said Meyers.

Governor David Ige said it really is an “all emergencies” plan.  “It should be a plan that can apply in virtually any of these situations–weather it be a pandemic or a hurricane or a tsunami,” he said.

“There’s always talk about a specific hazard or threat, but with an all-hazards kit and 14 days of supplies, you should be able to ride out any impacts to the Hawaiian Islands that may come our way,” said Meyers. 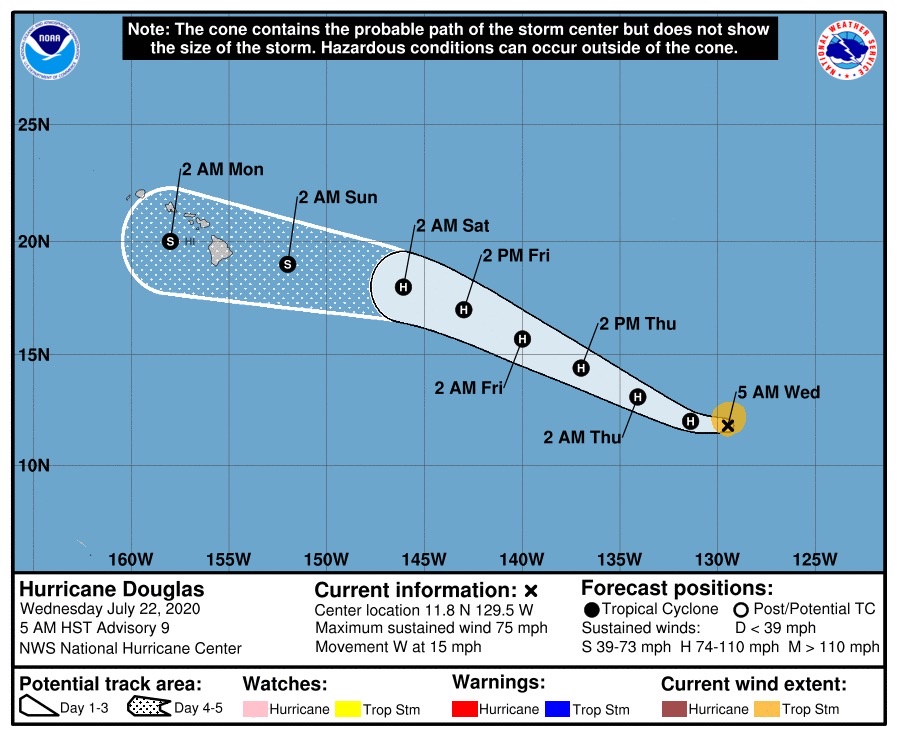 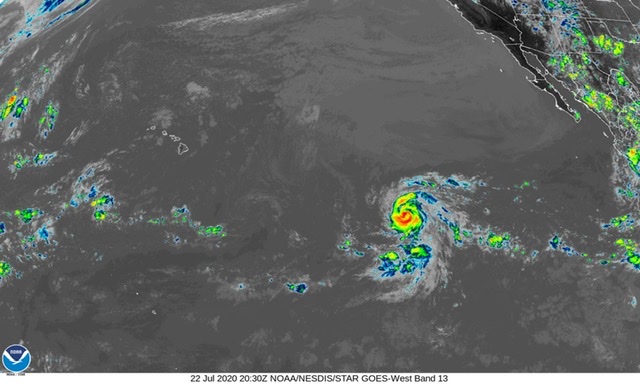 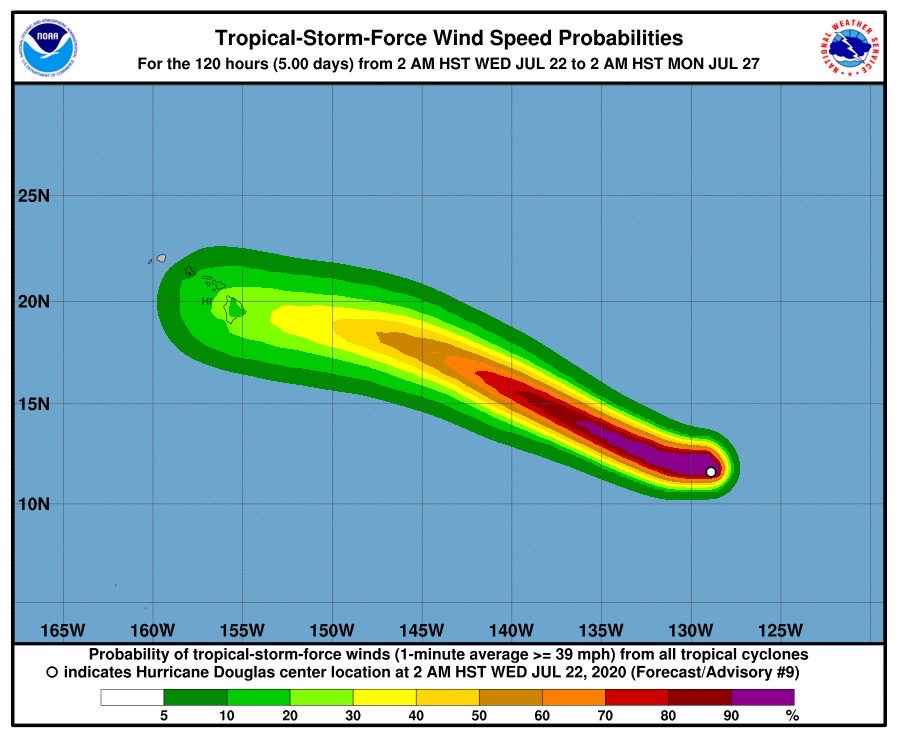 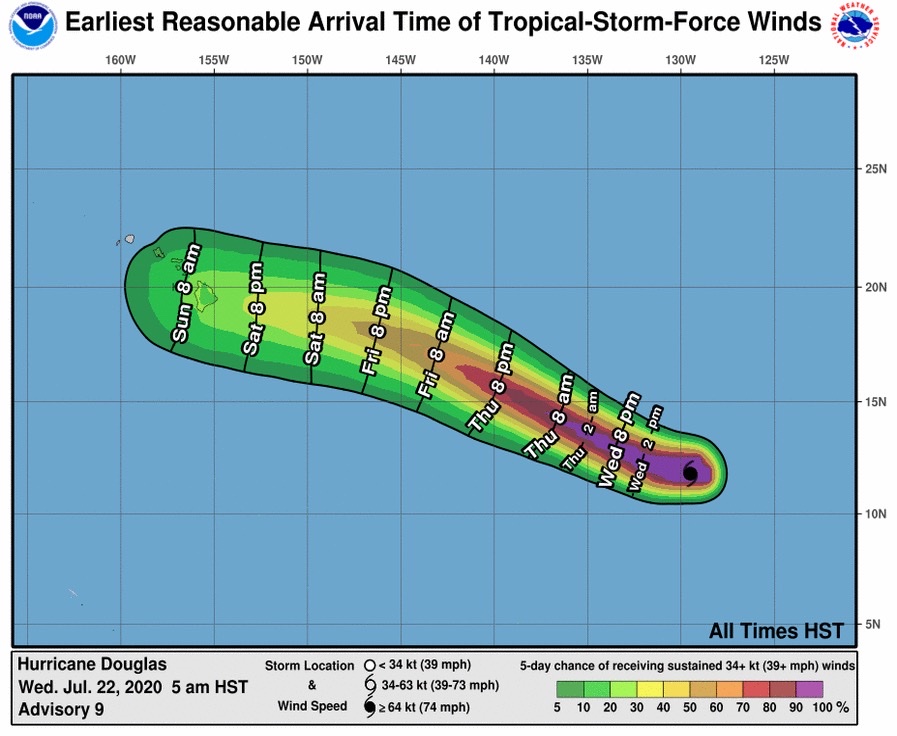 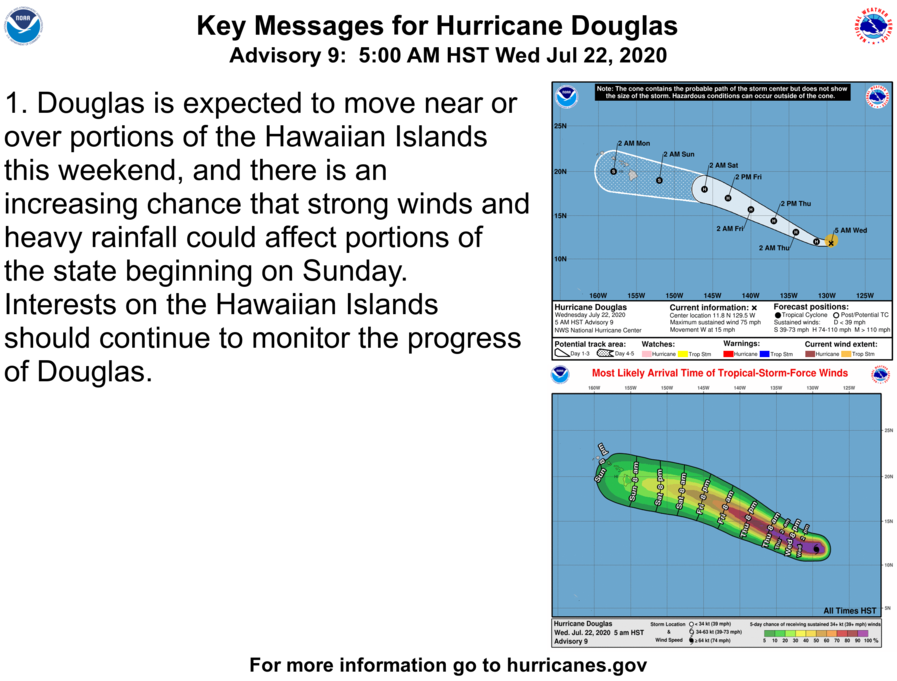