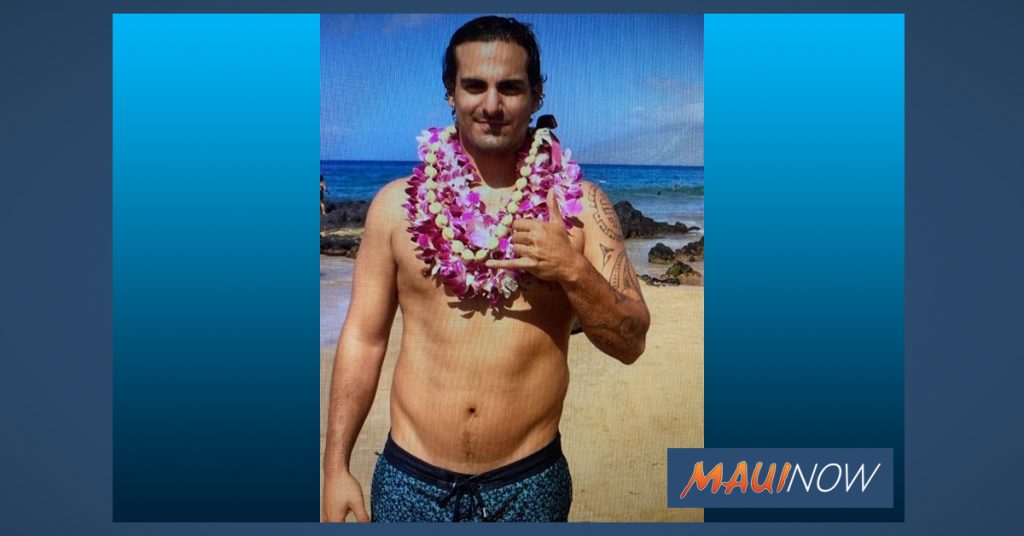 Rodriguez was last seen, shortly before 8:20 p.m., walking in the area of Kauhale Street wearing a white T-shirt and tan shorts with no shoes. Rodriguez does not have a vehicle and is currently on foot. Police say he is known to frequent the Kīhei area.

Rodriguez is described as approximately 6 feet 2 inches in height, weighs around 210 pounds, has brown hair and brown eyes. He has a tribal tattoo on his left arm and unknown tattoo on his right leg.

Anyone with information about Rodriguez is asked to call the Maui Police Department non-emergency number at (808) 244-6400 or in an emergency dial 911.