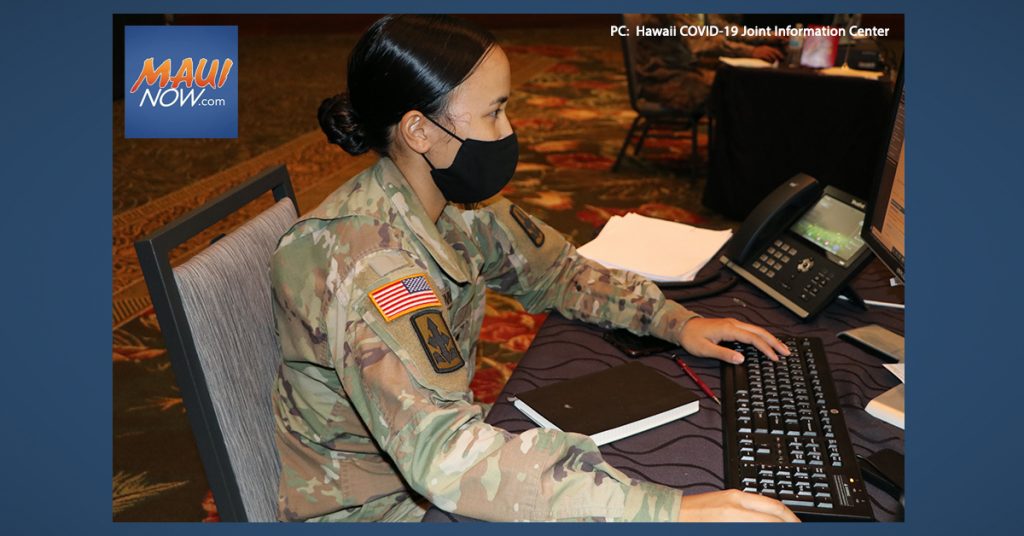 Contact tracing on Maui includes 24 health investigators and 20 Hawaiʻi National Guard soldiers, according to a spokesperson with the Hawaiʻi State Department of Health.

Janice Okubo, Communications Director with the department tells Maui Now that plans also call for the hire of 8-10 individuals from the University of Hawaiʻi Contact Tracing program to further staff efforts on Maui.

Most of the current staff on Maui are located at the State Office Building on South High Street (as of Wednesday, Aug. 19).  The National Guard soldiers are working out of the Department of Accounting and General Services conference room adjacent to the Maui District Health Office, located in the same building.

Okubo notes that some of these staff may be working from home after hours.

State officials addressed the accelerated efforts to track down close contacts of people who have been diagnosed with COVID-19.

Governor David Ige said when Hawai‘i began seeing the triple-digit surge of cases over the past two weeks he directed the Department of Health to ramp up contact tracing efforts.

This complements existing tracer training in conjunction with the University of Hawai‘i John A. Burns School of Medicine and now includes 50 Hawai‘i National Guard members who are working at the Hawai‘i Convention Center.  Another ballroom with work stations, phones and computers is set up to accommodate an additional 50 personnel.

State officials say a significant hurdle for expanding the contact tracing team previously was the lack of physical space at the state Department of Health.

After touring the operation in Honolulu at the Convention Center on Wednesday, Governor Ige said, “I’m confident DOH has what it needs and will continue to accelerate contact tracing and support. Expanding contact tracing is critical and just one of the measures needed to control the virus.”

Health Director Expands on Contact Tracing and Plateau of Cases

Dr. Anderson said 56 of today’s reported cases are associated with the cluster at the O‘ahu Community Correctional Facility and 37 that were not reported yesterday due to the lab reporting backlog. Anderson said, “Subtract those out…still significant but fewer than we projected a week ago. Our statewide hospital census is stable and we are not experiencing any crisis situations in any of our hospitals.”  He said he remains confident that with new restrictions on gathering and enhanced enforcement we’ll see case numbers drop in the next several weeks.

Dr. Roberson said, “The overarching goal when prioritizing groups is to focus our efforts.  We’re continuing to improve our process for better efficiency.”

The Hawai‘i National Guard is continuing to assist the Department of Health with COVID mapping.

Maj. Gen. Kenneth Hara said, “Early on back in March, I told all emergency managers and Hawai‘i guard leaders that we need to be responsive and anticipate needs. Our leadership team trained our Airmen and Soldiers ahead of time, so when the request came, we were able to support them within 24 hours.”

Gen. Hara said, “One of our skillsets and best advantages is that we are citizens and Soldiers. There are a lot of skills and other experiences and skills that the Soldiers and Airmen bring, so I’d really like to thank everybody that is supporting this operation from the Hawai‘i National Guard.” 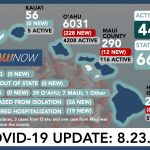 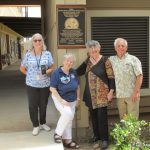 Plaque Commemorates Role in Founding of the Kīhei Charter School

ARTICLE COMMENTS ( 13 )
This comments section is a public community forum for the purpose of free expression. Although Maui Now encourages respectful communication only, some content may be considered offensive. Please view at your own discretion.
I Understand, Show Comments