LIVE: Mayor Caldwell discusses the newest Emergency Order for O‘ahu set to go into effect on Thursday following the expiration of the current Amended Second Stay at Home/Work from Home Order.Graphics are available here: https://www.oneoahu.org/reopening-strategy

Honolulu Mayor Kirk Caldwell announced his new Emergency Order for O‘ahu set to go into effect on Thursday.  This replaces the current Amended Second Stay-at-Home/Work-from-Home Order which is set to expire on Sept. 24.

Governor Ige is expected to sign off on the latest COVID-19 emergency order for Honolulu, which government leaders say is aimed at reducing virus spread and seeks to put O‘ahu on the path to economic recovery.

The framework has four tiers based on the level of community spread, determined by two factors: the number of daily cases reported and the positivity rate. These will be based on seven-day averages over two-or-four-week periods. The order includes a color-coded matrix of which types of businesses are allowed and which remain closed in a particular tier.

At an afternoon news conference Mayor Kirk Caldwell announced many businesses and activities would be allowed to re-open and resume, with restrictions, under Tier 1. (graphic posted below)

The framework includes a mechanism for advancing or retreating to another tier indicated by the metrics. The community cannot advance to the next, less-restrictive tier for at least four consecutive weeks and can only move forward one tier at a time. Conversely the city can skip tiers in moving back. 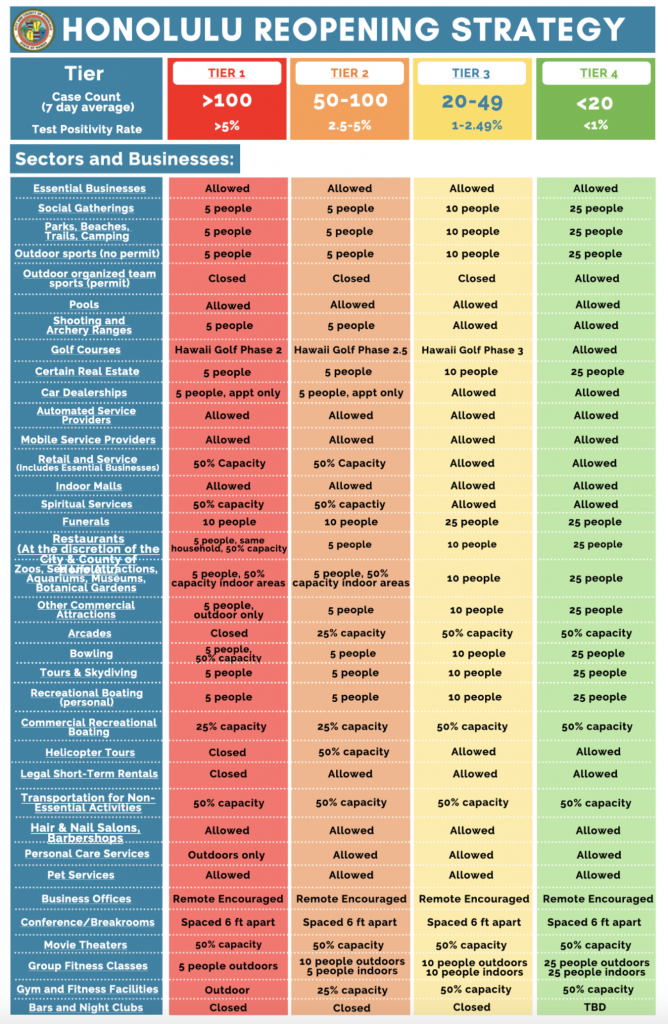 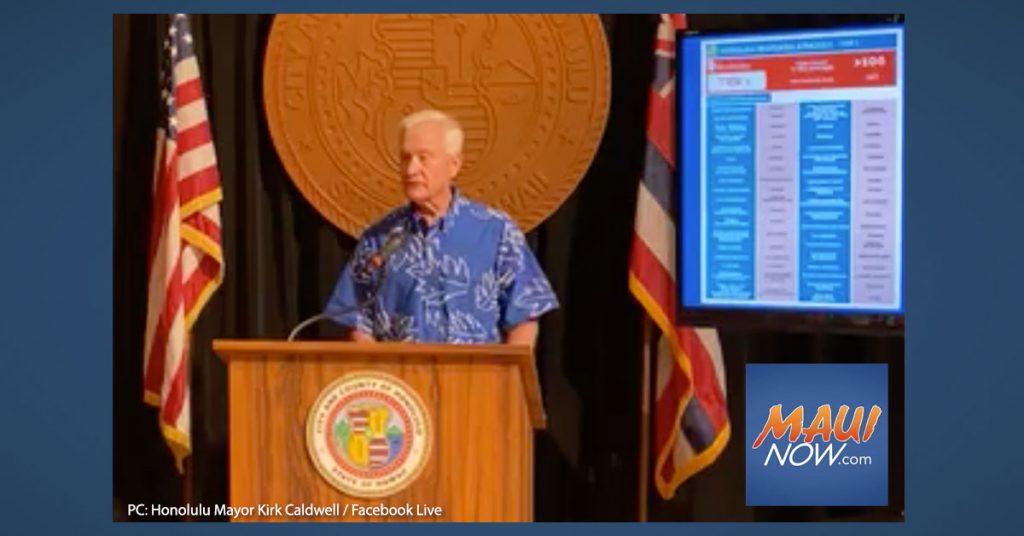 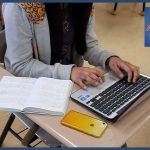 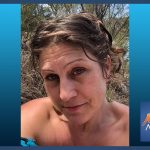