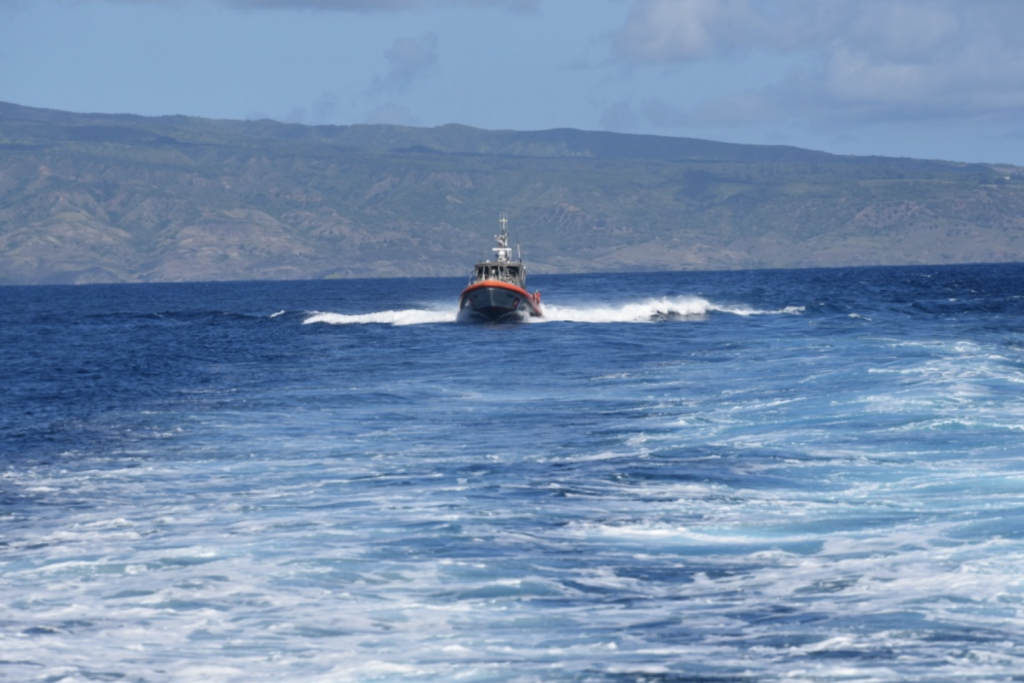 Six mariners were rescued offshore of Lānaʻi when their 24-foot recreational vessel became disabled about 1.5 miles off of Mānele Harbor on Wednesday.

The incident was reported at around 11:45 a.m. by a good Samaritan who heard a distress call over VHF radio.

The Coast Guard made contact with the mariners and discovered the craft was having engine issues and was losing battery power.

A response boat crew from Maui towed the vessel and transported the crew to Māʻalaea on Maui.  No injuries were reported.

“We are grateful to the good Samaritan who notified us,” said Petty Officer 2nd Class Austin Shaw, a Sector Honolulu Command Center watchstander. “When the good Samaritan heard the distress call over the radio they immediately called us allowing for a quick response. Their actions show how anyone can play a part when it comes to safety on the water.”