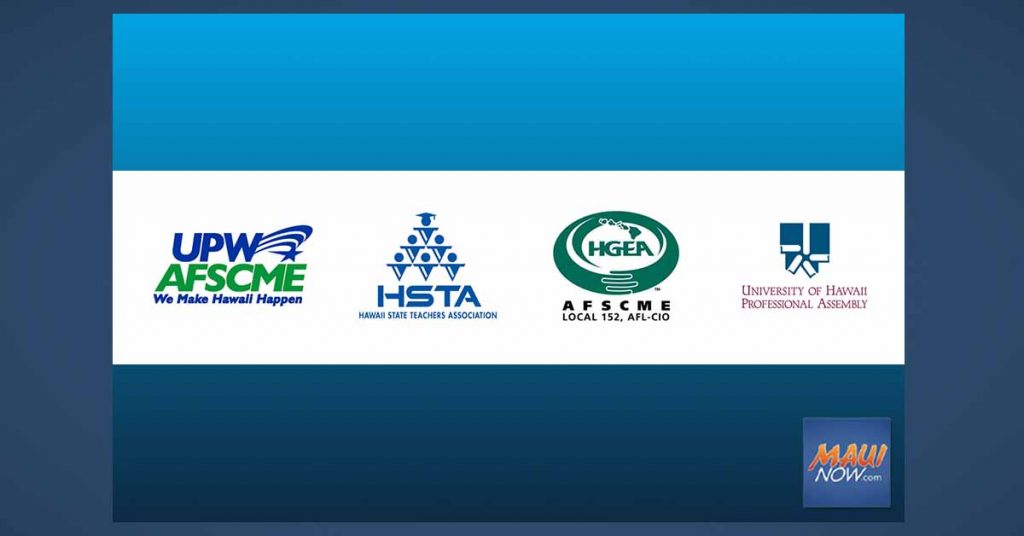 Hawaiʻi’s four public worker unions have voiced opposition to Governor David Ige’s furlough plan that calls for two unpaid days off each month for a 9.2% reduction in pay while in effect.

“This furlough plan announced just before the holidays couldn’t come at a worse time. Cutting pay for at least 10,000 government workers impacts their ability to meet financial obligations and spend in support of local businesses. Many public workers have already lost their second jobs in the tourism industry or have a spouse who is out of work, and now they face pay cuts.”

The unions say the cuts would “throttle a key pillar of Hawaiʻi’s economy – government – at a time when the tourism industry is still extremely weak and construction is slowing.”

“We did want to inform the public employees and public servants as early as we could, because certainly we know that it would have an impact on their actions… The furlough does apply to the executive departments and agencies.  That includes 10,160 employees that are subject to the furlough.  About 4,600 of the executive agency employees would not be subject to furlough.  The departments of education and the University of Hawaiʻi would have additional information about the numbers at UH and within the public schools that would be subject to furlough,” said Gov. Ige during a press briefing on Wednesday.

Union representatives called it a “dangerous” and “badly timed” policy decision that they say is not necessary at this time, pointing toward a UHERO study released this spring which found that every $1 reduction in state employees’ salaries would result in a $1.50 reduction in overall economic activity in the islands.

“Under Ige’s plan, thousands of public workers would be affected, including teachers, educational assistants, custodians, groundskeepers, cafeteria workers, social workers, university professors, engineers, building inspectors, those who care for our most vulnerable populations, and hundreds of others positions,” union leaders said in a press release.

According to their statement, the unions have pledged to pursue legal action to “stop the unilateral implementation of these furloughs.”