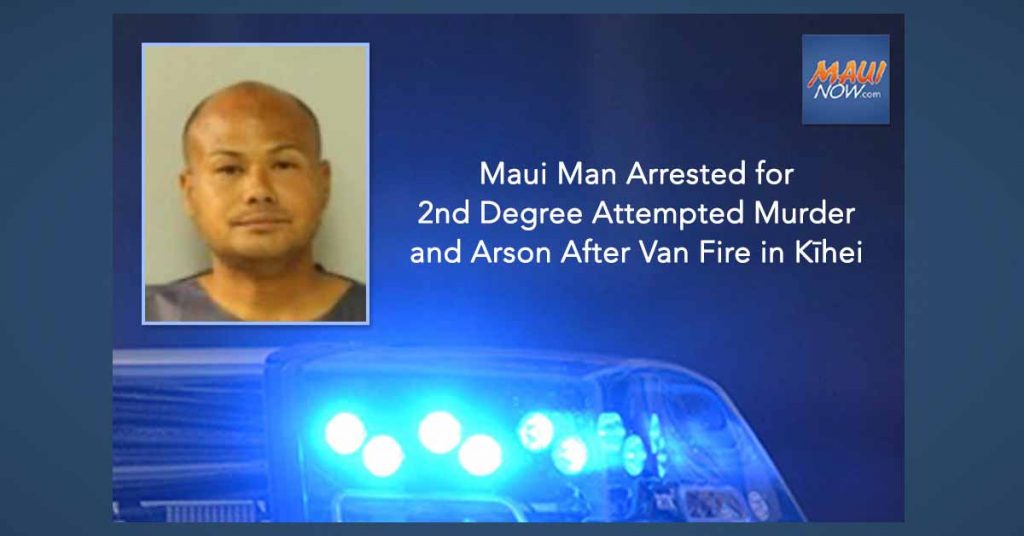 A Kahului man was arrested for second degree attempted murder and a contempt of court warrant following a van fire in Kīhei in which a female victim escaped injury, police said.

Shiane Marumoto, 39, was also arrested for first degree arson and was formally charged on Wednesday, according to police.

The charges stem from an incident reported at 3:30 a.m. on Tuesday, Dec. 8, 2020, in which Kīhei Patrol officers and personnel from Fire Engine 6 responded to a vehicle fire fronting 131 South Kīhei Road.

Upon arrival first responders observed a van fully engulfed in flames. Fire personnel were able to extinguish the fire.

According to police, the female victim related upon parking her vehicle, that she noticed Marumoto within the area yelling. Police say she reported Marumoto allegedly “threatened to kill her a few months ago.”

Police say the female fell asleep within the van and while sleeping, she heard the passenger side door of her vehicle suddenly slam. She opened the door and observed Marumoto walking towards the van, but went back to sleep, according to police reports.

Police say the female later awoke “to an intense heat” and also reportedly observed flames. She quickly exited the van, without injury, according to police.

Maui Fire Investigator determined the fire to be intentional and criminally set.

Marumoto was located within the area and was arrested. 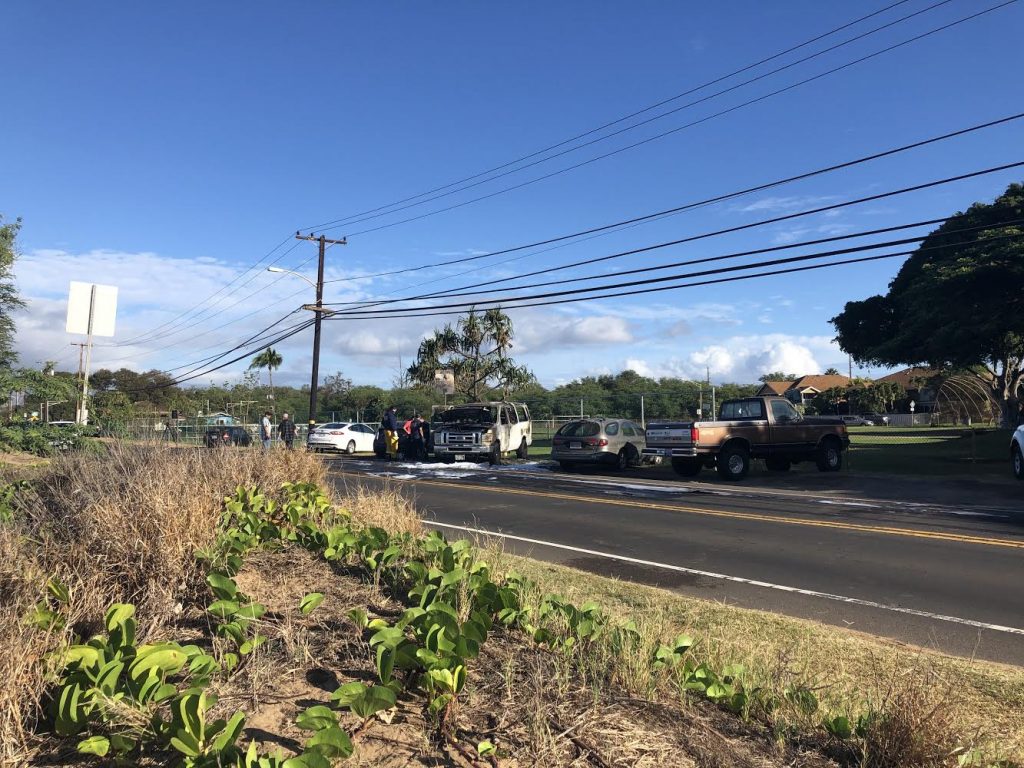