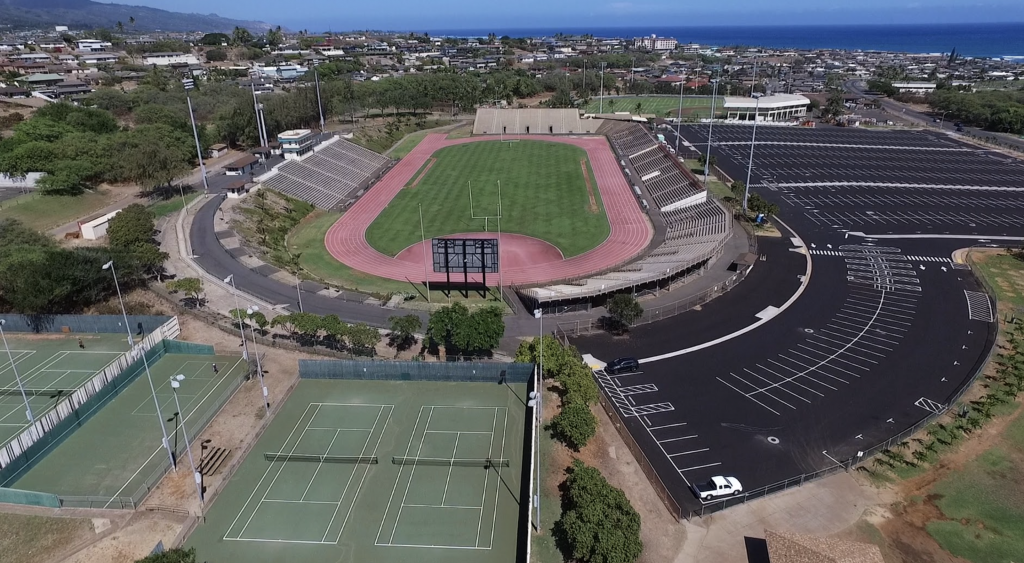 Maui Mayor Michael Victorino said he supports the possible use of War Memorial Stadium for University of Hawaiʻi football games or other events in light of the temporary moratorium placed on new events at Aloha Stadium earlier today.

“I am open to entertaining the notion of War Memorial Stadium hosting UH football games. It would be a great opportunity for our local college football fans to cheer the Rainbow Warrior football team here at home on Maui,” said Mayor Victorino in a statement released this afternoon.

“War Memorial hosted a UH football game in 2001 and Hula Bowl games from 1998 to 2005. So, we know games of this caliber have been played here – with national TV coverage. I am willing to expedite stadium improvements to accommodate better seating, lighting or expanded concession areas, in order to host UH games here,” said Mayor Victorino.

“This would be a great opportunity for our keiki and our local sports community not only to experience NCAA Division I football, but also a chance for local nonprofits and sports clubs to raise funds through stadium concession sales,” he said.