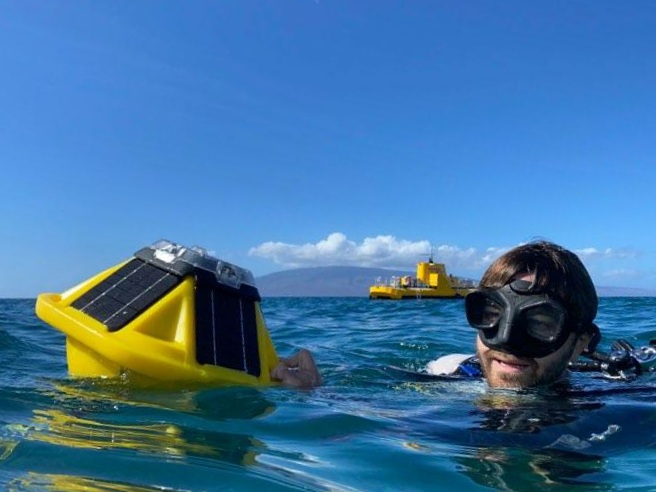 A pioneering smart buoy that can collect data in real time was installed at Mala Reef on Dec. 12, 2020. Photo Courtesy: Kohola Film Project 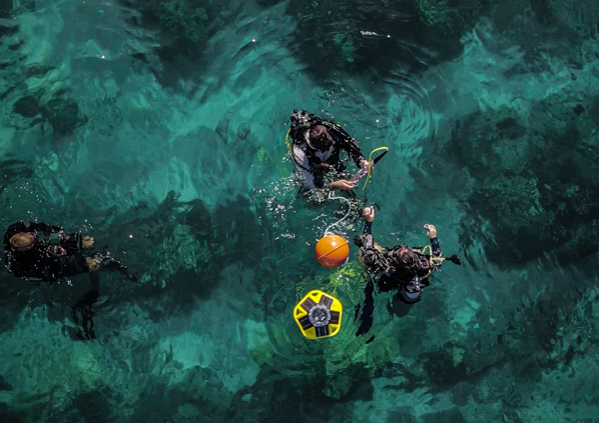 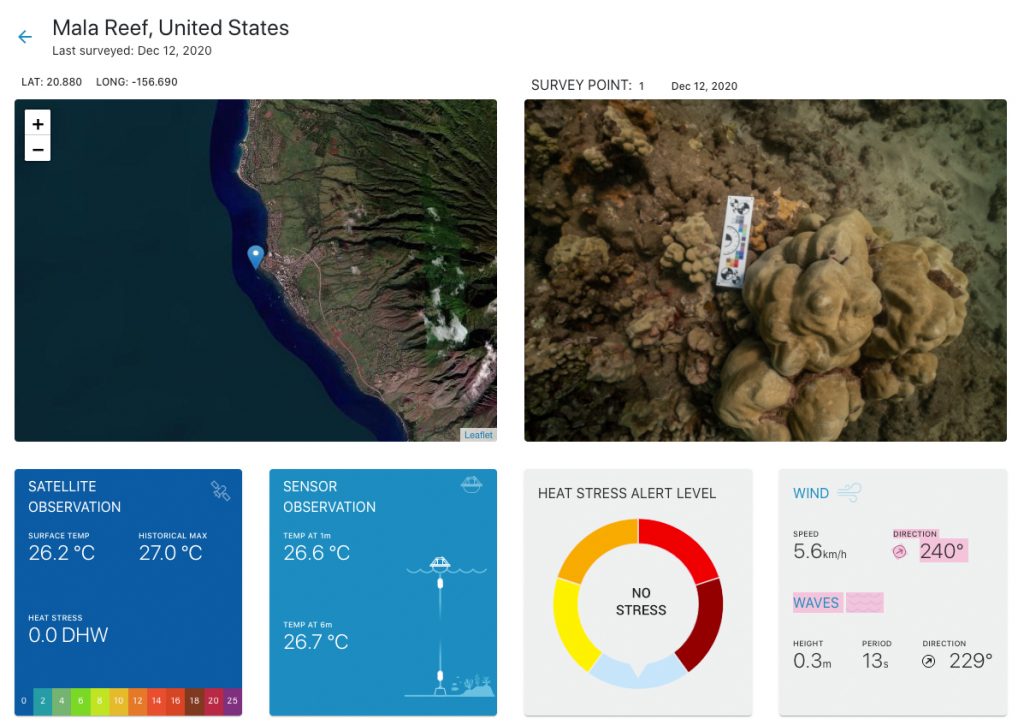 Data collected from the buoy and mooring system at Mala Reef is sent to the Aqualink.org website for anyone to analyze. Screen shot 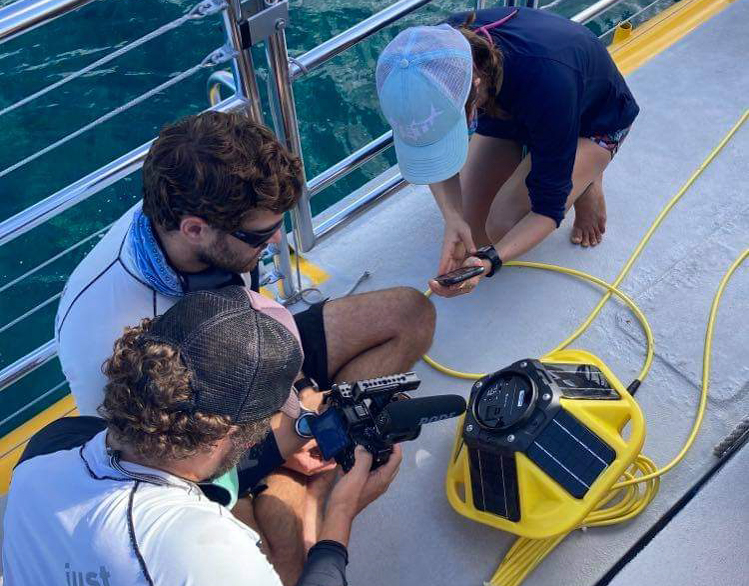 The pioneering smart buoy and mooring system is being turned on just before installation at Mala Reef on Dec. 12, 2020. Photo Credit: Kohola Film Project

A pioneering smart buoy and mooring system was recently installed at Mala Reef by the Lahaina-based nonprofit Kohola Film Project. The system collects “almost realtime” data that can be used to help with the preservation and protection of coral reefs that are in crisis worldwide due to reasons that include global warming.

The system at Mala Reef was the first installed on Maui and among the first installed worldwide as part of a new global initiative launched Oct. 6 by Aqualink, a philanthropic engineering organization working on building ocean conservation technology.

Each system collects wind speed and direction, wave data and water temperature, both at the ocean floor and about 2-3 feet below the surface. The information is sent about every 30 minutes to satellites, which redirect the data to a cloud server, where it is downloaded to the website, Aqualink.org. The data is displayed in user friendly graphs and charts.

The Kohola Film Project, which originally formed to document humpback whales but is branching into overall ocean conservation, received the buoy and mooring system for Mala Reef through a direct grant from Aqualink. The nonprofit installed it Dec. 12.

“As soon as we turned it on, it started collecting data,” said Chris Cilfone, founder and lead investigator of the Kohola Film Project.

“The main goal is to have buoys installed throughout the ocean to provide an open source pool of data for scientists, researches and policymakers to access to predict coral bleaching and to better protect and preserve coral reefs,” Cilfone said. “But everyone has the chance to look at the data. It can be a high school student working on a project about coral reefs. It’s all information to be shared.”

Corals are animals – and extremely sensitive to temperature change. An increase of just 1 degree Celcius to a coral’s historical maximum temperature causes bleaching. If the heat stress continues, the corals will die, leading to a potential collapse of the entire reef ecosystem.

“Coral bleaching has become a bigger problem [for Hawaiʻi],” Cilfone said. “A couple of summers ago we had a huge heat event, which bleached a big percent of coral out here. The reefs are valued in Hawaiʻi at close to $1 billion annually for tourism, ecology and other purposes. The more we understand, the more we can prevent these massive bleaching events that affect everyone’s livelihoods and lives out here.”

Reef Dancer’s yellow semi-sub was used to take the buoy and mooring system to the Mala reef site for installation. The buoy contains communications technology and batteries that are powered by five solar panels. It is attached by a cable to a surface float, under which a temperature and wave sensor are attached about 2-3 feet under the surface. The cable continues to an anchor about 20 feet deep on the ocean floor, where a second temperature sensor is located.

Aqualink’s website said that while there is incredible existing technology that uses satellites to measure the ocean’s surface temperature from space, coral reefs and other important marine ecosystems are not always near the surface. Complex ocean dynamics can create a large temperature difference just a few meters below the surface.

Aqualink partnered with Sofar Ocean to design a buoy that measures the temperature at the ocean floor.

In addition to the data that is automatically collected, divers go to each site about every two weeks to visually survey and document the reef with photos that are uploaded to the website.

Aqualink.org has a map filled with current and proposed sites for the buoy and mooring systems.