Maui police are investigating a shooting incident reported early Wednesday morning in Kaupo.  A 33-year-old man, said he was picking opihi in the area known as Plenty Kiawe when he heard gunshots in the distance.  He tells police he was walking to his car at around 12:30 a.m. when the shots were heard, he felt something slam into his head and he fell to the ground.

Because there was no cell service in the area, he told police that he drove to the Maui Memorial Medical Center where he admitted himself to the Emergency Room.  According to doctors the man sustained a gunshot wound to his forehead, including multiple fractures to his sinus and nasal cavities.  Maui police say the injury is not life threatening.

*** If you found this post interesting, you may also like our story on a November 25, 2010 pedestrian accident on Maui. 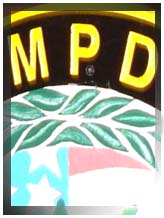 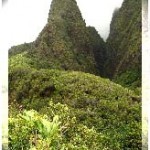 Maui No Ka Oi again!!! Maui is Best Island in the World for the 16th Time