An inauguration ceremony for the Maui County Council will be held at 10 a.m. January 3, 2011 in the Council Chamber.  The event will be followed by an organizational meeting of the Council at 2 p.m.  The Council will elect officers, establish standing committees, adopt rules, and appoint staff during the afternoon session.  Both meetings are open to the public. 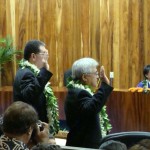 The morning event will include the official welcome of new members Elle Cochran to the West Maui Council Seat, Mike White to the Makawao Seat, and Don Couch to the South Maui Seat.

Returning to their old seats after taking time off are Riki Hokama of Lanai and Robert Carroll of East Maui.  Re-elected incumbents are Gladys Coelho Baisa of Upcounty, Danny Mateo of Molokai, Joe Pontanilla of Kahului, and Michael Victorino of Wailuku.

Maui attorney, Anthony Takitani will serve as Master of Ceremonies of the event, with Judge Blaine Kobayashi administering the oath of office to members-elect.  State Senate President Shan Tsutsui of Maui is scheduled to deliver the keynote address.

The ceremony will open with the chanting of the oli by Kumu Hula Cody Pueo Pata. Kumu Hula Napua Greig Makua and her award-winning Halau Na Lei Kaumaka O Uka will perform during the ceremony. Entertainment will also be provided by Zhan Dudoit and Raymond Hiro.

The chambers will open to the general public promptly at 9:30 a.m., with a limited number of two hour parking stalls in front of the County building.  Additional parking is available at 2307 Main Street. 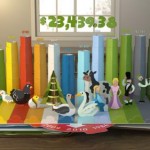