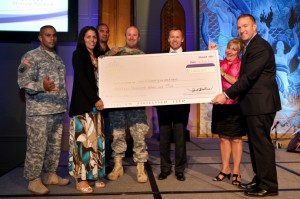 A $13,000 donation was made to a local Maui organization that relies entirely on community donations to support deployed soldiers and members of the Maui National Guard.

The funds were raised by Elite Hearing Network during the organization’s Annual Business Summit held on Maui last week.

Nearly 200 members participated in the event, donating funds raised to the Family & Friends of Na Koa E Kapili, an organization formed by the wives of deployed soldiers from Maui.

“The fact that our network members and our vendors chose to spend some of their free time in fabulous Maui to come together and support our military speaks to how important these [National] Guard members are to all of us,” said Paul Harkness, vice president, Elite Hearing Network.  “It was really a thrill to present the check to Melanie Cook of the Friends & Family organization, and Lt. Matthew Driggers from the National Guard.”

Elite Hearing Network, is part of Amplifon USA, and is recognized as one of the largest affiliations of independent hearing care providers in the US.

“We are so proud of our members and vendor partners who showed their sincere appreciation for the National Guard,” said Heinz Ruch, President and CEO, Amplifon USA.

“It’s all too easy to take for granted the sacrifices these soldiers and their families make on our behalf, and giving back to them any way we can is the least we can do,” he said. 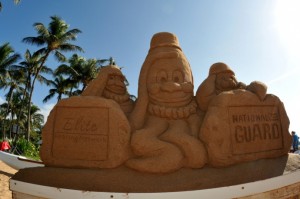 As part of the summit, an estimated 900 attendees and vendor partners participated in a sand sculpting team competition entitled Operation Sandtastic.

Local professional sand sculptor, Riki Inzano from Art By Riki, was on hand to instruct participants on sand sculpting techniques. 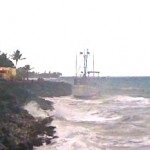 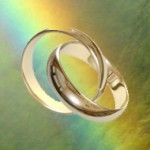