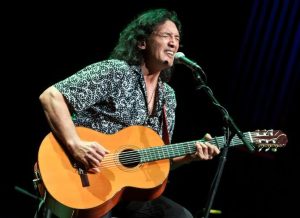 Recording artist John Cruz and musician Tony Cruz, paying tribute to the music of their late brothers Guy Cruz and Ernie Cruz, Jr., will be featured at Lahaina Restoration Foundation’s free monthly Hawaiian Music Series concert on Thursday, Oct. 27, from 6 to 7:30 p.m. in front of the Baldwin Home Museum at the corner of Dickenson and Front Streets in Lahaina.

Born into one of the great musical families of Hawai‘i Nei, John Cruz is a ki ho‘alu (slack key) master known for his soulful vocals and unique acoustic style.

He has released two Nā Hōkū Hanohano Award-winning albums, Acoustic Soul (1996) and One of These Days (2007). He was named “Best Singer-Songwriter” by Hawai‘i Magazine in 2008, and Honolulu Magazine recognized his second album as one of the “Top 25 Greatest Hawaii Albums of the New Century” in 2012.

John has performed for the president, is a favorite stage partner of Jack Johnson, and continues to perform with his musical siblings as well as Nā Hōkū Hanohano Award-winning group The Rough Riders with Henry Kapono and Brother Noland.

Cruz is preparing to release a new CD.

Tony Cruz’ musical inspiration comes from his father, brothers and sisters. He has performed professionally with all his brothers.

Ernie Cruz Jr. was a founding member of the Ka‘au Crater Boys with Troy Fernandez. The duo recorded four hit albums in the 1990s, then Ernie went on to a successful solo career.

Between 1999 and 2001, Guy Cruz was a member of the band Colón along with ‘ukulele virtuoso Jake Shimabukuro, percussionist Lopaka Colón and bassist Andrew McLellan. Guy released a solo CD in 1998.

The brothers passed away in September within days of each other.

Get a “Lucky I Live Hawai‘i” moment during this laid-back outdoor concert. Limited seating is provided; blankets, mats and low beach chairs are welcome.

The ongoing Hawaiian Music Series program is sponsored by Hawai‘i Tourism Authority, the County of Maui Office of Economic Development and The Outlets of Maui with support from KPOA-FM.

For more information, call the Lahaina Restoration Foundation office at (808) 661-3262 or go online. 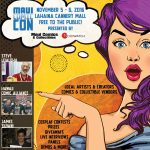 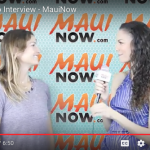 VIDEO: 'BETWEEN' Premiere at The MACC