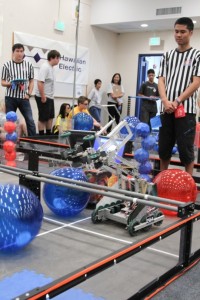 More than 140 elementary, middle and high school teams from around the state will compete for 25
qualification slots at the VEX World Championships in Louisville, Kentucky this April.

Opening ceremonies for the VEX EDR (middle and high school teams) will begin at 8:45 a.m. on Saturday, Jan. 13, with qualification matches starting at 9 a.m. through 12:45 p.m. Elimination matches will start at 1:45 p.m. followed by an awards ceremony at 4 p.m.

Of the total 47 teams competing, only five will advance to the VEX Worlds.

On Sunday, opening ceremonies for the VEX IQ championships will begin at 8:30 a.m. with concurrent qualification matches starting at 9:30 a.m. to 12:30 p.m. on separate fields for elementary and middle school teams. Afternoon matches begin at 1 p.m. followed by an awards ceremony at 3:45 p.m.

The state VEX Championships are free to the public. 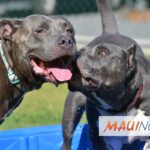 Hang Out with Maui Humane Society Pets of the Week 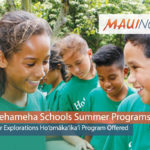