First Hawaiian Bank is the only Hawaiʻi Bank that made it into the top 10 ranking list. This is the first time First Hawaiian Bank has been eligible to participate in this Forbes bank ranking since it became a public company following its initial public offering in August 2016.

“We are very proud to represent the state of Hawaiʻi, Guam and Saipan as one of the top ten banks in the country,” said Bob Harrison, First Hawaiian Bank chairman and chief executive officer. “Our performance is a testament to the hard work and dedication of our employees who make First Hawaiian the best bank for our customers.”

Forbes ranks the 100 largest US banks and thrifts based on 10 metrics that measure a bank’s growth, profitability, capital adequacy and asset quality.

First Hawaiian Bank was founded in 1858 as Bishop & Co. and today is Hawaiʻi’s leading bank offering a comprehensive suite of banking services to consumer and commercial customers, including deposit products, lending, wealth management, insurance, private banking and trust services. The bank operates 57 branches in Hawaiʻi, three on Guam and two on Saipan. First Hawaiian, Inc., the parent company of First Hawaiian Bank, is the largest publicly traded company based in Hawaiʻi. 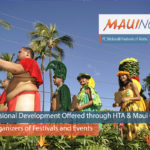 Professional Development for Organizers of Festivals/Events on Maui 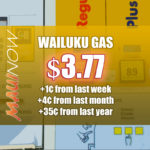