US Senator Brian Schatz of Hawaiʻi joined colleagues in introducing legislation to establish and fund research on opioid misuse and alternatives to treatment and pain prevention.

Sen. Schatz said the country is in the midst of an opiod crisis; and the bill will help researchers find alternative treatments for pain and stop opioid addiction before it starts.

Opioids, which include such medications as morphine, codeine, and oxycodone, are classified as narcotics. According to backers of the bill, more than 2.5 million Americans have an opioid use disorder.

The new bill will provide $5 billion dollars over the next five years for research.

Sen. Schatz joined US Representatives Peter Welch (D-Vt.) and David McKinley (R-W.V.) in introducing the Opioids and STOP Pain Initiative Act.  The legislation establishes a new large-scale initiative at the National Institutes of Health to expand research on opioid misuse, the understanding of pain, and the discovery of non-addictive, non-opioid alternatives to treat and prevent pain. 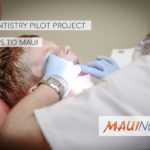 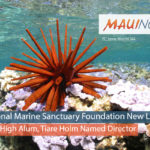