More than $11,000 was raised by Bank of Hawaiʻi employees and retirees for the Polynesian Voyaging Society during their 2017 Live Kōkua Giving Campaign.

PVS was one of 24 Hawaiʻi nonprofits selected as a beneficiary for the campaign, which raised a total of $700,000.

The contributions will directly support the Mahalo Hawaiʻi, Sail which is taking the legendary voyaging canoe Hōkūleʻa, and her sister canoe Hikianalia, to as many as 70 communities throughout each of the major Hawaiian Islands.

“Bank of Hawaiʻi has been a long time supporter of our mission to reach out to Hawaiʻi’s children,” said Namuʻo. “It is heartfelt that this significant donation comes from the collaborative endeavors of Bank of Hawaiʻi employees – it is a reflection of true aloha and all of us here at PVS are grateful.”

PVS crewmembers focus their efforts in providing students and the public with informative tours of both canoes that highlight cultural, environmental and scientific aspects of Polynesian voyaging and wayfinding. 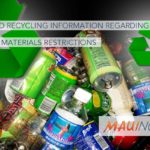 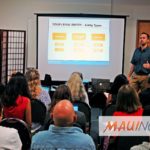 What Entrepreneurs Need to Know about Commercial Law