Today President Donald Trump announced his intent to nominate an eleventh wave of judicial nominees including the nomination of former Hawaiʻi Attorney General Mark J. Bennett as a Circuit Judge on the US Court of Appeals for the Ninth Circuit.

Bennett is a director in the Honolulu firm Starn O’Toole Marcus & Fisher, where he has practiced complex civil and appellate litigation and government relations since joining the firm in 2011.

Prior to joining the firm, Bennett spent almost eight years as the Attorney General of Hawaiʻi, and was twice unanimously confirmed to that position by the Hawaiʻi Senate.

During his tenure as Attorney General, Bennett successfully argued two cases in the Supreme Court of the United States, was inducted as a Fellow in the American College of Trial Lawyers, and earned both the Department of Justice National Leadership Award and the Hawaiʻi Law Enforcement Elwood J. McGuire Award for Contributions to Law Enforcement.

Prior to entering private practice, Bennett spent seven years as an Assistant United States Attorney for the District of Hawaiʻi. During this period, he earned a Special Achievement Award from the Attorney General of the United States. 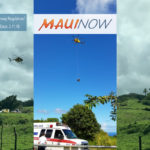 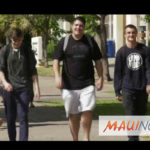