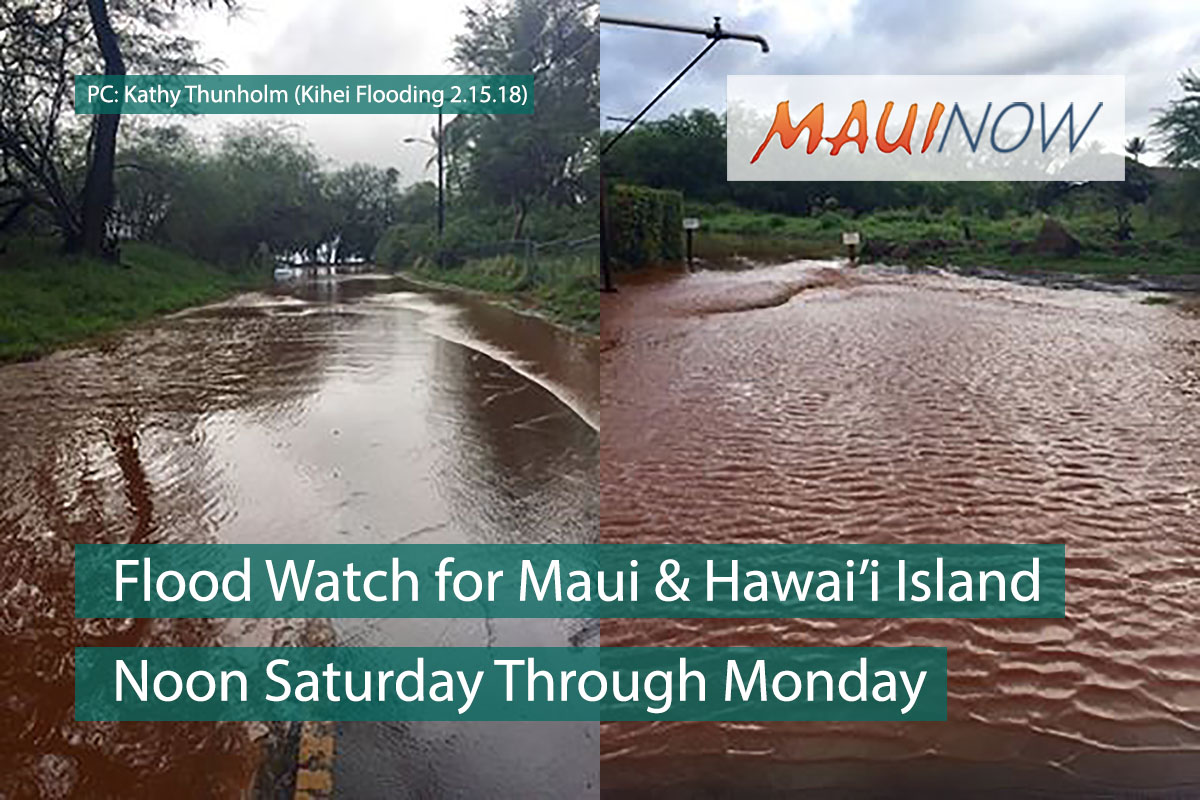 Moisture along a dissipating front will remain stalled around the Big Island and Maui while a strong upper level trough approaches from the northwest. As the upper level trough moves over the state, heavy showers and thunderstorms will likely develop around the eastern end of the island chain Saturday afternoon. The threat of heavy rainfall will persist through the Monday holiday, and this watch may need to be expanded westward to additional islands by Sunday.

The National Weather Service issued a Flash Flood Watch for Maui and the Big Island, from Saturday afternoon through Monday afternoon.

Forecasters with the NWS say abundant low level moisture will remain over the eastern end of the island chain. As a strong upper level trough moves overhead on Saturday, heavy showers and thunderstorms will likely develop. The threat for flooding rainfall may spread westward to the rest of the state by Sunday.

Due to high instability and light winds, heavy showers and thunderstorms will likely develop rapidly during the afternoon hours. Soils across much of the Big Island and parts of Maui are already saturated due to recent rains, which could lead to the faster onset of flash flooding.

PRECAUTIONARY/PREPAREDNESS ACTIONS: A Flash Flood Watch means that conditions may develop that lead
to flash flooding. Flash flooding is a dangerous situation. Please monitor forecasts and be prepared to take action should Flash Flood Warnings be issued. 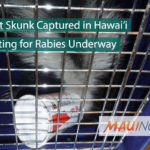