The Kula Community Association hosts an Upcountry Primary Election Candidate Forum on Wednesday, June 27 from 5:30 to 9 p.m. The public is invited to attend the forum in person, or watch a rebroadcast on Maui’s Akakū TV Channel 54 beginning Thursday, June 28 at 8 p.m.  The broadcast will be repeated until the Aug. 11th Primary Election.

This year, two councilmembers are stepping down to run for Mayor, and two other councilmembers have decided not to run for an additional term. This has drawn several new candidates into the mix as they seek election to the Maui County Council.

The most crowded race on the Maui ballot is the race for mayor, which has drawn seven candidates, three of whom have considerable council experience.

The forum will include coverage of the following non-partisan races:

Both of these Democratic Party races will be settled in the primary election because there is no Republican challenger.  Voters will decide in the August primary, rather than in the November general election. 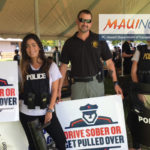 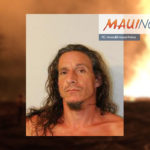