The Internal Revenue Service has issued an advisory on steps taxpayers can take now to ensure smooth processing of their 2018 tax return and avoid surprises when they file next year.

This is the first in a series of reminders to help taxpayers get ready for the upcoming tax filing season. Additionally, the IRS has recently updated a special page on its website with steps to take now for the 2019 tax filing season.

Major tax reform that affects both individuals and businesses was approved by Congress and signed by the President on Dec. 22, 2017. It’s commonly referred to as the Tax Cuts and Jobs Act, or TCJA, or tax reform. Throughout 2018, the IRS has been working closely with partners in the tax return preparation and tax software industries to implement the new law and ensure taxpayers can count on the IRS, tax professionals and tax software programs when it’s time to file their returns.

Now there is a new publication that will help taxpayers learn how tax reform affects their taxes. IRS Publication 5307, Tax Reform Basics for Individuals and Families, is now available on IRS.gov/getready. While the Tax Cuts and Jobs Act law includes tax changes for individuals and businesses, this publication breaks down what’s new for the 2018 federal tax return individual taxpayers will be filing in 2019.

Taxpayers can access Publication 5307at IRS.gov/getready, along with other important information about steps taxpayers can take now to ensure smooth processing of their 2018 tax return and avoid surprises when they file next year.

Because of the many changes in the tax law, refunds may be different than prior years for some taxpayers. Some may even owe an unexpected tax bill when they file their 2018 tax return next year.To avoid these kind of surprises, taxpayers should perform a paycheck checkup to help determine if they need to adjust their withholding or make estimated or additional tax payments now.

The IRS urges all taxpayers to file a complete and accurate tax return by making sure they have all the needed documents before they file their return, including their 2017 tax return. This includes year-end Forms W-2 from employers, Forms 1099 from banks and other payers, and Forms 1095-A from the Marketplace for those claiming the Premium Tax Credit. Confirm that each employer, bank or other payer has a current mailing address for you. Typically, these forms start arriving by mail in January. Check them over carefully, and if any of the information shown is inaccurate, contact the payer right away for a correction.

To avoid refund delays, taxpayers should avoid using incomplete records and instead wait to file until they have gathered all year-end income documentation. This will minimize the chances they will need to file an amended return later which is extra work for taxpayers and can take up to 16 weeks to process once the IRS receives it.

Taxpayers should keep a copy of any filed tax return and all supporting documents for a minimum of three years. Having your prior year return will make it easier to fill out your 2018 tax return next year. In addition, taxpayers using a software product for the first time may need the Adjusted Gross Income (AGI) amount from their 2017 return to properly e-file their 2018 return. Learn more about verifying identity and electronically signing a return at Validating Your Electronically Filed Tax Return.

For a faster refund, choose e-file

Electronically filing a tax return is the most accurate way to prepare and file. Errors delay refunds and the easiest way to avoid them is to e-file. Using tax preparation software is the best and simplest way to file a complete and accurate tax return. The software guides taxpayers through the process and does all the math. The IRS is working with the tax community to incorporate the tax law changes and form updates. Nearly 90% of all returns are electronically filed.

There are several e-file options:

Combining Direct Deposit with electronic filing is the fastest way for a taxpayer to get their refund. With Direct Deposit, a refund goes directly into a taxpayer’s bank account. There’s no reason to worry about a lost, stolen or undeliverable refund check. This is the same electronic transfer system now used to deposit nearly 98 percent of all Social Security and Veterans Affairs benefits. Nearly four out of five federal tax refunds are Direct Deposited.

Direct Deposit also saves taxpayer dollars. It costs the nation’s taxpayers more than $1 for every paper refund check issued but only a dime for each Direct Deposit.

Some people with an Individual Taxpayer Identification Number (ITIN) may need to renew it before the end of the year. Doing so promptly will avoid a refund delay and possible loss of key tax benefits.

Once a completed form is filed, it typically takes about seven weeks to receive an ITIN assignment letter from the IRS. But it can take longer, from nine to 11 weeks,  if an applicant waits until the peak of the filing season to submit this form or sends it from overseas. Taxpayers should take action now to avoid delays.

Taxpayers who fail to renew an ITIN before filing a tax return next year could face a delayed refund and may be ineligible for certain tax credits. For more information, visit the ITIN information page on IRS.gov.

Refunds held for those claiming EITC or ACTC until mid-February

By law, the IRS cannot issue refunds for people claiming the Earned Income Tax Credit (EITC) or Additional Child Tax Credit (ACTC) before mid-February. The law requires the IRS to hold the entire refund, even the portion not associated with EITC or ACTC. This law change, which took effect at the beginning of 2017, helps ensure that taxpayers receive the refund they’re due by giving the IRS more time to detect and prevent fraud.

As always, the IRS cautions taxpayers not to rely on getting a refund by a certain date, especially when making major purchases or paying bills. Be aware that some returns may require additional review for a variety of reasons and may take longer. For example, the IRS, along with its partners in the state’s and the nation’s tax industry, continue to strengthen security reviewsto help protect against identity theft and refund fraud. 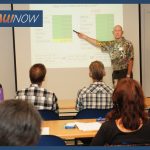 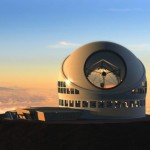