Unite Here Local 5 has rejected the latest offer from Kyo-ya as 2,700 Hawaiʻi hotel workers enter a sixth week of a strike at five hotels operated by Marriott.

The strike includes some 325 Sheraton Maui hotel workers who have been on strike since Oct. 8, 2018.   The strike also includes workers at four other Hawaiʻi properties: Sheraton Waikīkī, The Royal Hawaiian, Westin Moana Surfrider and Sheraton Princess Kaiulani.

Both sides have called the latest contract discussions disappointing; however, the two sides have mutually agreed upon meeting next week on Monday, Nov. 26, 2018 to see if they can reach an agreement on worker pay.

Kyo-ya called the latest offer a fair and generous agreement saying it would have been the largest increase in compensation for any of the striking markets nationwide.

Local 5 representatives, meantime, say a true settlement offer is one that looks at the true cost of living and working in Hawaiʻi and brings them toward the goal that “One Job Should Be Enough.”

Below are statements issued by both Local 5 and Kyo-ya following the latest round of negotiations:

“In recent bargaining, union workers were disappointed that the employer declined to offer enough money for the wage increases and benefits that workers need to make one job enough to live in Hawaiʻi. We offered a counter proposal to the company. They wouldn’t respond to our proposal, ended bargaining, and won’t meet with us again until next Monday, November 26.

“Other cities don’t compare to either the profitability of Hawaiʻi’s hotel industry or Hawaiʻi’s cost of living. Hawaiʻi’s hotel industry is making record profits, enjoying the nation’s highest revenue figures and driving very high occupancy rates. Meanwhile, Hawaiʻi workers are facing big cost increases for everything from housing to food to gasoline. Wages have not kept up with rising costs.

Kyo-ya released the following statement over the weekend on Saturday, Nov. 17, 2018 in response to the latest negotiations:

From the start of the contract negotiation process, we have been committed to bargaining in good faith. This was demonstrated by our latest offer which included:

After the end of the negotiation session, Kyo-ya and Local 5 mutually agreed upon our next scheduled meeting on November 26.

Kyo-ya has always had a strong and long-standing commitment to our employees and has taken great measures to treat them fairly in terms of annual wages and benefits. And the Kyo-ya team continues its commitment to good faith bargaining.” 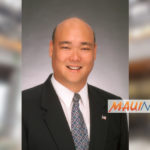 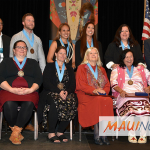