Connors joined a bipartisan coalition of 38 states and territorial Attorneys General urging Congress to pass the federal Secure and Fair Enforcement Banking Act or similar measures that would give legal marijuana-related businesses access to the federal banking system.

“The SAFE Banking Act provides a regulated arena for lawful businesses to conduct financial transactions safely and securely,” said Attorney General Connors. “It is in the best interests of our state and our citizens for these businesses to access the banking system and to avail themselves of its protections.”

The SAFE Banking Act has widespread, bipartisan support with 172 cosponsors in the U.S. House. The House Financial Services Committee approved the bill in March and now it awaits a vote by the full House.

With the backing of 38 of the nation’s Attorneys General, the National Association of Attorneys General has chosen to endorse the legislation as one of its official policy positions. Historically, NAAG endorses less than a dozen policies a year. 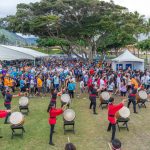 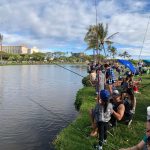