Sen. Mazie Hirono recently sent letters to Robert L. Sumwalt, Chairman of the National Transportation Safety Board, and Dan Elwell, the Acting Administrator at the Federal Aviation Administration, over safety concerns following a deadly helicopter crash in a residential area of Kailua, Oʻahu.

On the morning of April 29, an air tour helicopter operated by Novictor Helicopters crashed on Oneawa Street in Kailua, resulting in the death of the pilot and two passengers. The NTSB is leading the investigation into the crash, while the FAA is responsible for setting the regulations for the operation of the helicopters.

In her letters to both Chairman Sumwalt and Administrator Elwell, Sen. Hirono asked both the FAA and NTSB for a report of helicopter accidents in Hawaiʻi over the last five years. She also requested a detailed history of problems associated with the particular model of aircraft involved in the crash, the Robinson R44, as well as an account of all air tour accidents and unintended landings in Hawaiʻi. The full text of Sen. Hirono’s letter to Chairman Sumwalt is available online.

“I understand that two NTSB investigators are in Hawaiʻi and that your agency expects to issue a preliminary accident report this week, but the final report will identify the causes of the accident,” Hirono wrote in her letter to Chairman Sumwalt. “In this regard, can you detail the steps of the investigation to identify the causes of the accident and the estimated length of time the NTSB will take to complete the final report? Can you also provide an accounting of all air tour accidents and unintended landings in Hawaii for the last five years, the findings, recommendations and requirements from each of these incidents? I have separately written the Federal Aviation Administration to find out whether there has been appropriate follow up with the air tour companies/industry in each instance.”

“Although causation has yet to be determined in this instance, it is my understanding that the NTSB has previously issued a number of safety recommendations to the FAA regarding the Robinson R44 model of helicopter that was involved in the April 29 crash. The Los Angeles Times wrote a story on November 18, 2018, entitled ‘Danger Spins from the Sky,’ that specifically identifies safety issues with the R44 relating to mast bumping and non-fortification of fuel tanks. I ask that the FAA provide my office with information regarding the safety recommendations made to FAA by NTSB related to the R44 helicopter, and any actions taken by the FAA to respond to NTSB’s safety recommendations,” Hirono wrote in her letter to Administrator Elwell.

Sen. Hirono called for the FAA to take action to protect the public from similar incidents in the future, adding that Hawaiʻi residents must also have a chance to provide input on potential future regulations for air tour operators. The full text of Sen. Hirono’s letter to Administrator Elwell is available online. 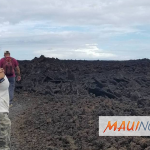 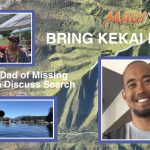