Culture-shifting documentary film inspiring action and innovation, WeRiseUP, will be screening its movie at Maui Film Festival on Sunday, June 16 at 7:30 p.m. at Castle Theater of the Maui Arts & Cultural Center.

Following it’s official launch at Sundance Film Festival, where its VIP party at TAO Park City Utah was voted One of the Ten Best Parties at Sundance, its screening during the World Economic Forum in Davos, and its launch event at SXSW 2019, the award-winning Colorado-based WeRiseUP team is now bringing its movie and movement to Maui.

WeRiseUP will screen its film followed by a question and answer session with the filmmakers and closing reception after the film.

WeRiseUP the Movie & Movement brings together some of the most brilliant high-impact leaders of our day to redefine a new model of success. The film features key global leaders including His Holiness The Dalai Lama, Amina Mohammed (Secretary-Deputy of the United Nations), Blake Mycoskie (CEO of TOMS Shoes), Moby (Grammy Musician), John Mackey (CEO, Whole Foods Market), Dwight Howard (NBA All-Star), Richard Branson (Founder, Virgin Group), along with many others. 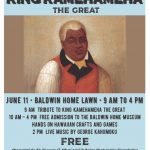 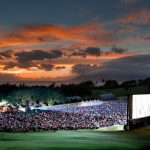