A new report of the States with the Best & Worst Early Education Systems for 2019 was released today by WalletHub, a personal finance website.

The study comes as a follow-up on research that WalletHub says shows that “pre-K education results in better test scores, less crime and economic benefits.”

In order to determine the best early education systems in America, the site compared the 50 states and the District of Columbia across 12 key metrics including state pre-K programs, waiting list times, school safety plans and monthly costs.  The data set ranges from share of school districts that offer a state pre-K program to number of pre-K quality benchmarks met and total reported spending per child enrolled in pre-K.

Hawaiʻi did not make the top or bottom ten lists, but did post some notable findings among the data sets.

The report found that Hawaiʻi has the highest income requirement for state pre-K eligibility, $56,790, which is 6.9 times higher than in Minnesota, which has one of the lowest at $8,230.

The report also found that the District of Columbia, Iowa and New York, have some of the lowest monthly child care co-payment fees (as share of family income), 1 percent, which is 17 times lower than in Hawaiʻi, the state with the highest at 17 percent.

Hawaiʻi was ranked 33 on the list with a total score of 41.74. This included an Access rank of 21, a Quality rank of 43 and a rank of 37 for Resources and Economic Support compared to the other states and the District of Columbia.

Hawaiʻi was also ranked 49 with the lowest share of 3- and 4-year-olds enrolled in Pre-K, Pre-K Special Education and Head Start. 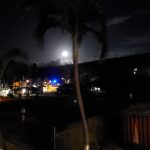 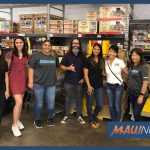