Honolulu Star-Advertiser to “Fill the Void” with Maui Edition Insert

Hawaii’s only statewide newspaper announced it will be adding a “Maui Edition” insert into its Sunday edition, in order to “fill the void for Valley Isle newspaper readers after the Maui News ceased publishing a Sunday edition in July,” according to a story in the Honolulu Star-Advertiser on Wednesday.

“The new Maui Edition will provide Maui residents will all the local, national, international, sports and entertainment news that they have been missing,” said Dennis Francis, publisher of the Star-Advertiser and president of Oahu Publications Inc.

Christie Wilson, a former Maui News reporter and current Star-Advertiser editor, will be in charge of the new section. Prior to the announcement Wilson had been actively recruiting local Maui writers.

Newsroom management declined to comment regarding questions about whether the new section meant the Star-Advertiser would open up a Maui bureau, or whether the reporters writing for the section would be full-time employees, contract freelancers or both.

Maui News officials also declined to comment on the story. After more than three decades of publishing a Sunday edition the Maui News published its last Sunday paper on June 30. 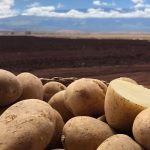 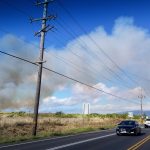