All five of the pygmy killer whales that died after stranding themselves on Sugar Beach last month had abnormal lungs and lymph nodes, according to a report from the National Oceanic and Atmospheric Administration.

The report notes that the abnormalities suggest the whales were fighting infections.

Four of the 10 whales were euthanized after an hour of rescue efforts. The other six were returned back into the ocean.

Several hours later, a dead whale calf of the same species was found stranded about a quarter of a mile down the beach.

An autopsy revealed that the calf was ill with pneumonia.

According to NOAA, the six re-floated whales have not been sighted since the Aug. 29 incident and their status is “unknown.”

Scientists are continuing to run tests on the deceased whales to detect any diseases. Ear screenings are being conducted on three of the whales for acoustic trauma.

Photo identification comparisons indicate that these are not the same whales that were stranded last month.

NOAA Fisheries staff will continue to monitor these whales and plan to respond if they strand on shore.

The public is being reminded to keep a safe distance from all marine mammals. 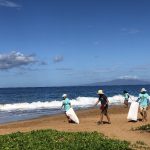 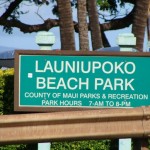