Kumulipo Sylva, the man accused of the “near decapitation” of Eduardo Alejandro “Alex” Cerezo with a machete at a mall bathroom on Maui in 2018, was sentenced today to a maximum term of 20 years in prison.

While the prosecution had sought a second degree murder conviction, Sylva was ultimately found guilty of a lesser manslaughter charge in October, “based on extreme mental or emotional disturbance.”

The charges stem from a fatal machete attack at a mall bathroom near the men’s Macy’s store at the Queen Kaʻahumanu Shopping Center on Maui on March 18, 2018. 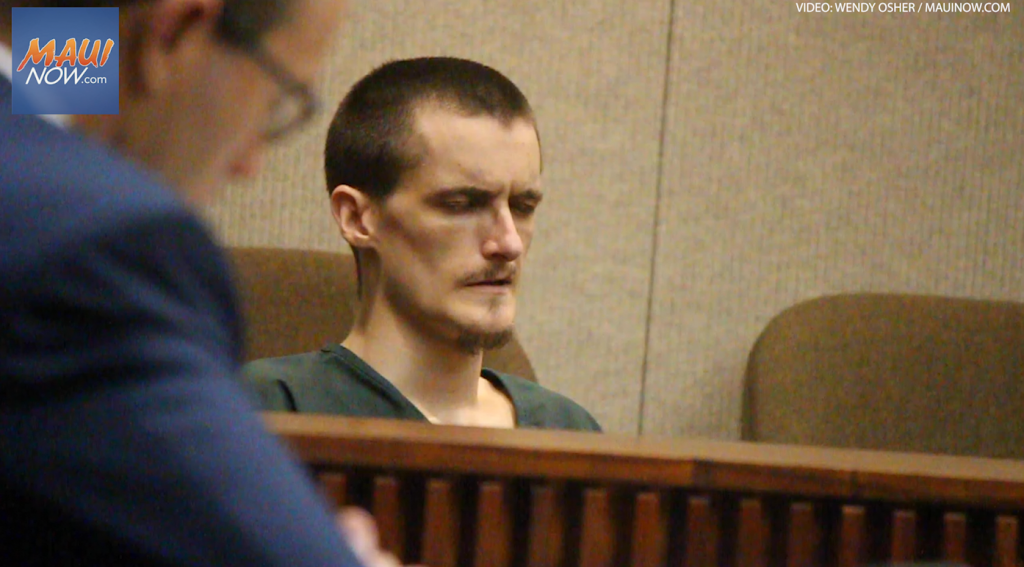 Today, the defense sought probation, calling the healthcare system “broken,” while Cerezo’s mother begged the judge to have no leniency.

The sentence, which is the maximum allowed under a manslaughter conviction, was handed down by Maui Judge Richard Bissen.  “The defendant is remanded to the custody of the Department of Public Safety for a period of 20 years–and that is because that is all I can do,” said Judge Bissen. 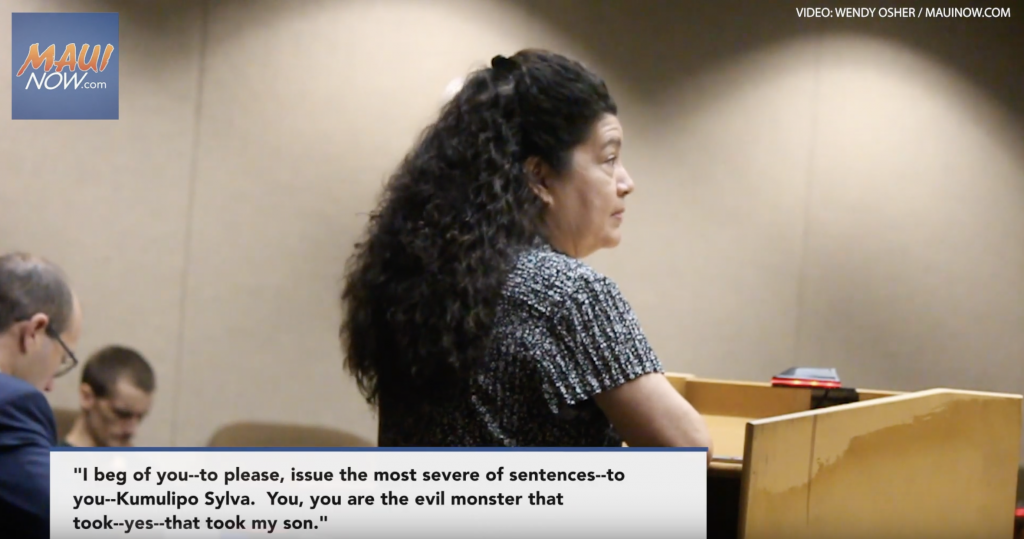 During today’s hearing, Cerezo’s mother Patricia Villarruel, spoke before the court describing her son as a “caring” and “strong” individual who “had his whole life ahead of him.”

“Our family was shattered to learn that our beloved Alex had been killed. He was a brother, an uncle; He’s a father.  And all our family was left in shock.  Our souls were broken to learn, to understand, to try to comprehend what had happened on that fateful day,” said Villarruel.

“To try to share with you the pain, the devastation that we are enduring–that we live every day.  There will never be answers to any of the questions that we have.  Why it happened–what led to the circumstances that led to the vicious killing.  The only thing that we can do is ask–and I beg of you–to please, issue the most severe of sentences,” said Villarruel to the judge.  Then turning to the defendant she continued saying, “…to you–Kumulipo Sylva.  You, you are the evil monster that took–yes–that took my son.”

Sylva could be seen shaking his head and wiping his face during the exchange.

Ben Lowenthal, attorney for the defense said Sylva suffered from acute mental illness. He said, this was a “stark example of how broken our health care system is, and what happens when we look to our criminal justice system to try to make up for it. We will always fall short.  And that is really the tragedy of this entire situation.” 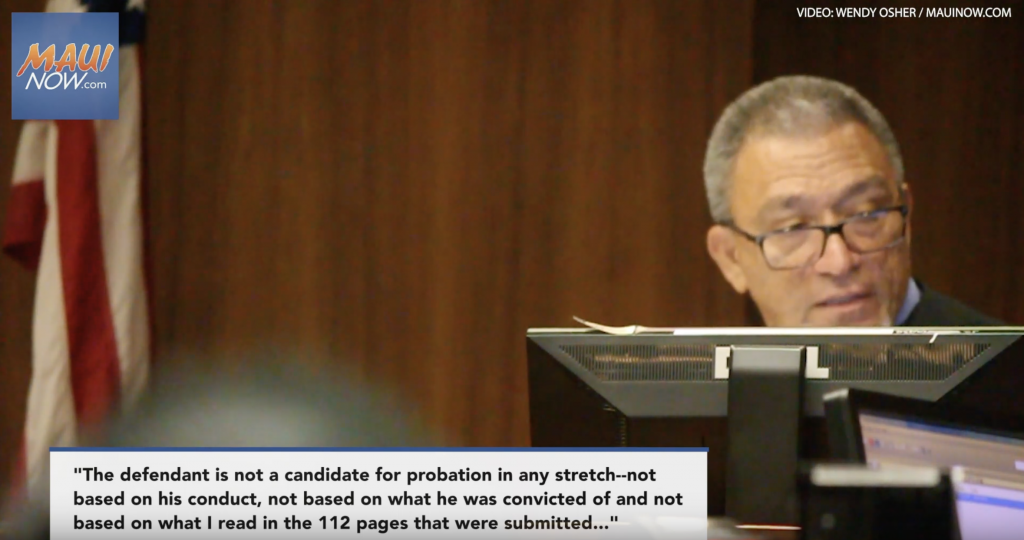 The sentence, which is the maximum allowed under a manslaughter conviction, was handed down by Maui Judge Richard Bissen.

“The defendant is not a candidate for probation in any stretch–not based on his conduct, not based on what he was convicted of and not based on what I read in the 112 pages that were submitted in his report today,” said Judge Richard Bissen.  “He might be a candidate for mental health treatment–sure, I think that’s obvious.  He can do that while he’s in the facility or when he gets out of prison.  There’s nothing stopping him,” he said.

Judge Bissen continued saying, “I don’t think any of us should confuse mental illness with a propensity to commit murder, because they do not equal each other.  There may have been some things along the way, some signs that could have changed, but before this happened, Mr. Sylva had three traffic infractions on his record.  This isn’t a case of a guy who had assaultive behavior in his background, and that somehow, somebody may have missed that he was going to commit this act,” said Judge Bissen.

In referencing the day of the attack, Judge Bissen said of Sylva: “On this day, he made a different decision than the days before this. He decided he would go to the mall with the machete; he decided he was offended by somebody; and he decided he would kill that person. He made those decisions.  He wasn’t overcome by something.  Because just as quickly as he did it, he shut it off. Shut it off and went about his business, hoping not to get caught,” the judge said.

“And he got caught.  And he had his chance for his trial.  And he had his chances to visit the doctors long after they gave their opinions.  I don’t know which doctor is right. That’s not up to me.  That’s up to the jury.  Everybody can have their opinion.  But the fact of the matter is the jury thought he’s guilty of this offense,” said Judge Bissen.

The defense requested a waiver of fees, a motion which was denied in court.  Sylva will receive credit for any time that he has served.

Sylva was also ordered to pay restitution in the amount of $2,546.86 to the Crime Victim Compensation Commission (at the rate of at least 25% of all gross earnings while he’s in custody; and at the rate of at least $30 per month when he is not in custody).  He must also pay a Crime Victim Compensation fee of $305; an Internet Crimes Against Children Fee of $100; provide swab samples and print or hand impressions as required by the collecting agency; provide blood specimens as required for law enforcement identification; and pay a monetary assessment of $500 or the actual cost of the DNA analysis, whichever is less.