The jury in the murder trial of Kumulipo Sylva found the defendant guilty of manslaughter based on extreme mental or emotional disturbance.

Sylva was accused of the “near decapitation” of Eduardo Alejandro “Alex” Cerezo with a machete at a mall bathroom on Maui last year.

The verdict was reached at around 3 p.m., about three-and-a-half hours after deliberations started at 11:30 a.m.  That takes into account any lunch break that jurors may have taken, but it is unclear if they worked through lunch.

Deputy prosecutor Carson Tani said that under the manslaughter charge, Sylva could face a maximum of 20 years in prison.

There was an audible gasp from the gallery when the verdict was read.  Cerezo’s mother, who lives on island and was present throughout the trial, met informally with prosecutors outside the court to discuss the verdict.

Prior to exiting the courtroom, Sylva could be seen smiling.  His attorneys did not provide a formal comment.

Closing statements were delivered earlier today in the murder trial of Kumulipo Sylva, who was accused of the “near decapitation” of Eduardo Alejandro “Alex” Cerezo with a machete at a mall bathroom on Maui last year.

He faced second degree murder charges that stemmed from an incident that occurred on the second floor of the Queen Kaʻahumanu Shopping Center near the men’s Macy’s store on March 18, 2018.

Sylva appeared on the stand on Tuesday, answering questions under cross exam by the state.

During Dr. Choi’s testimony, he said, “Behaviors are more indicative,” and carries, “more value that what the person says.“. If he had to chose between the two, Dr. Choi said he would “put more weight on behavior.“

Dr. Choi said the fact that Sylva was homeless at the time of the incident, made it difficult for him to manage his medication.

In reflecting upon the fact that Sylva sought to refill his medication the day before the slaying, Dr. Choi said, “That tells me a lot. For a person to know they’re not quite right, they need to take care of their need. The person is aware of their condition and willing to get help.”

Dr. Choi said Sylva’s ability to walk away from an earlier confrontation at the bus stop showed he had “Control of his anger at that point,” reflecting volitional capacity.

Prior to closing arguments, Sylva appeared in another courtroom before Judge Joseph Cardoza where he pleaded not guilty to a separate criminal property damage charge. 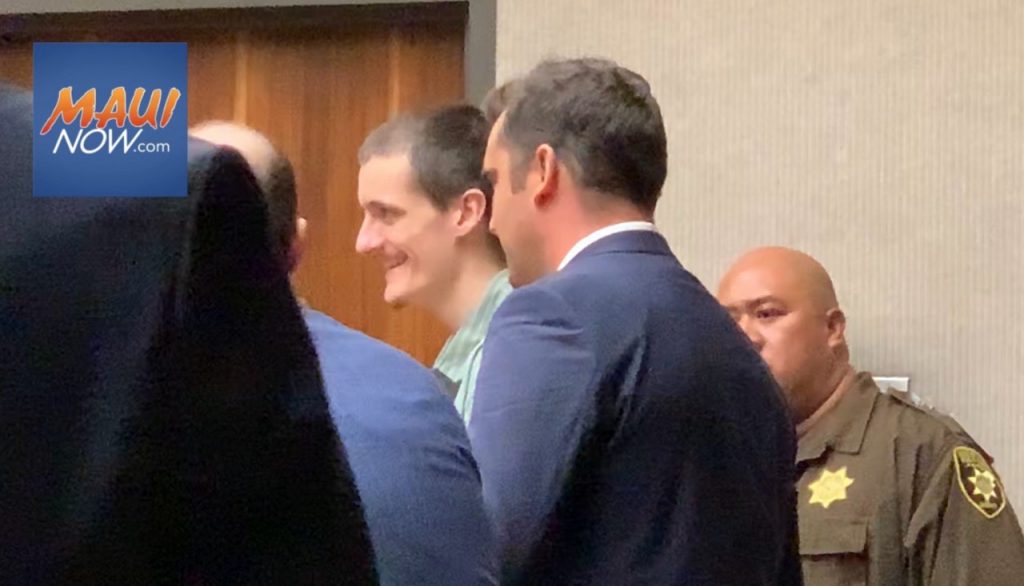 Kumulipo Sylva speaks with his attorneys after a verdict is read. (10.23.19) Photo by Wendy Osher. 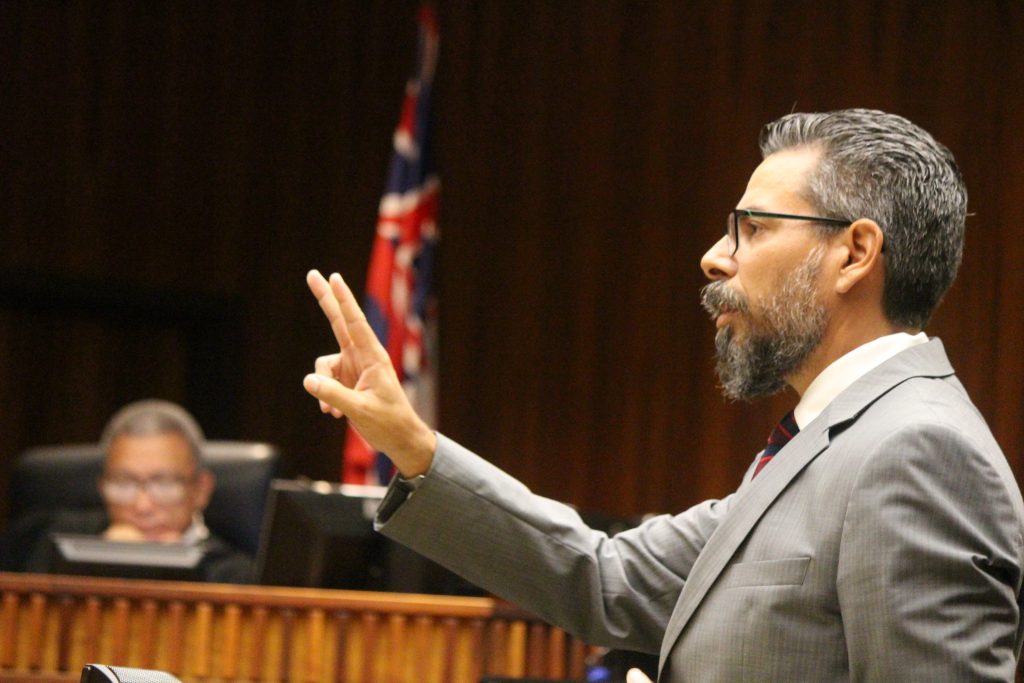 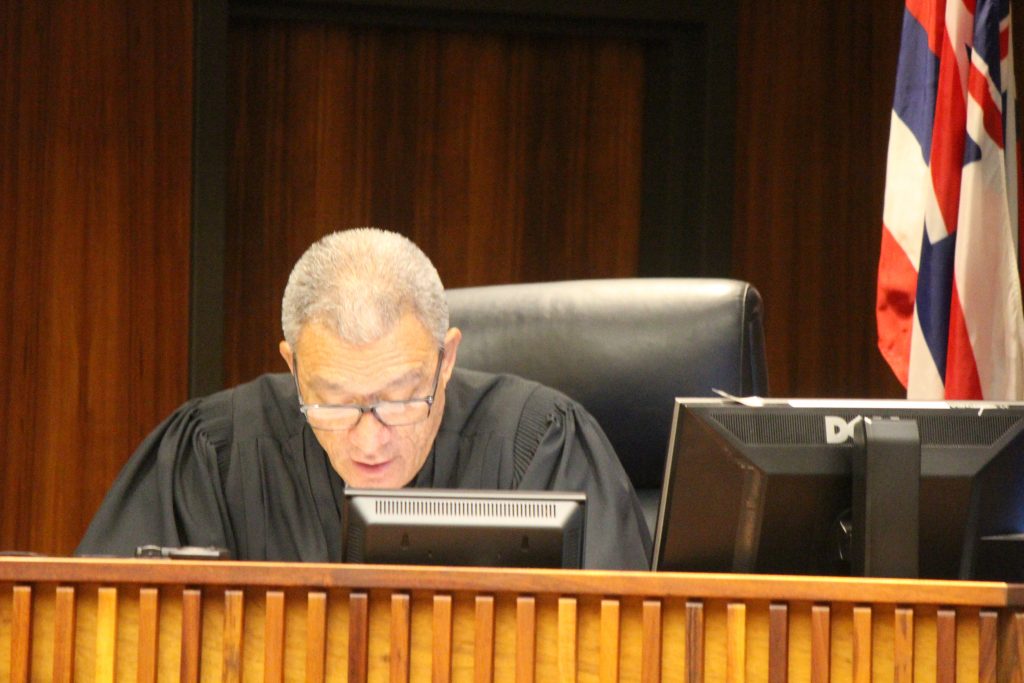 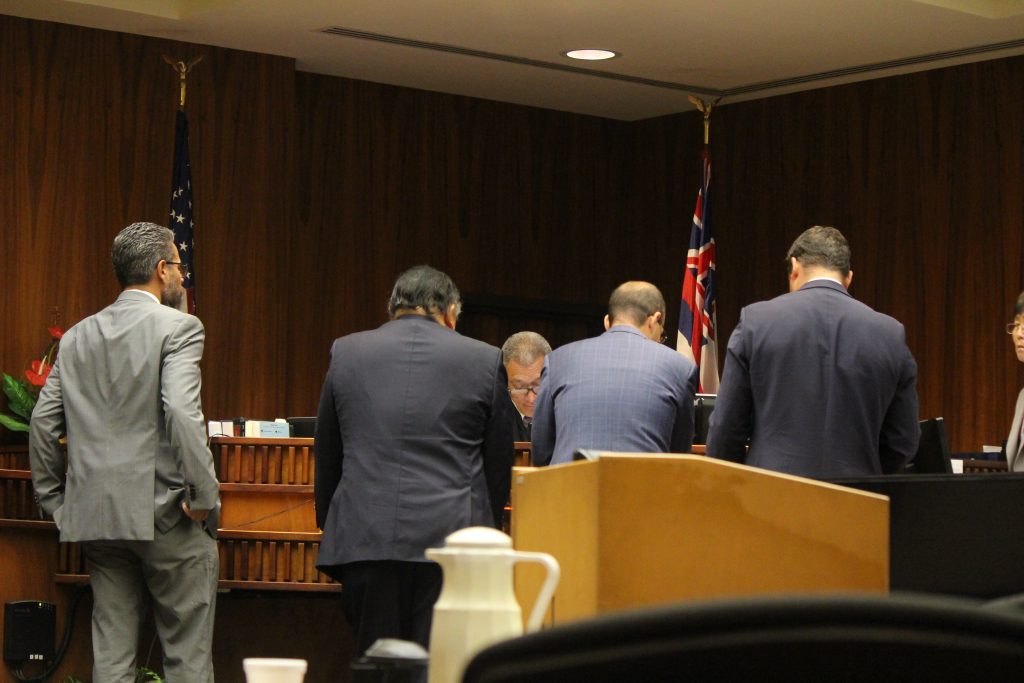 Attorneys for the state and defense convene before Judge Richard Bissen for a bench conference during the trial of Kumulipo Sylva. PC: 10.23.19 by Wendy Osher. 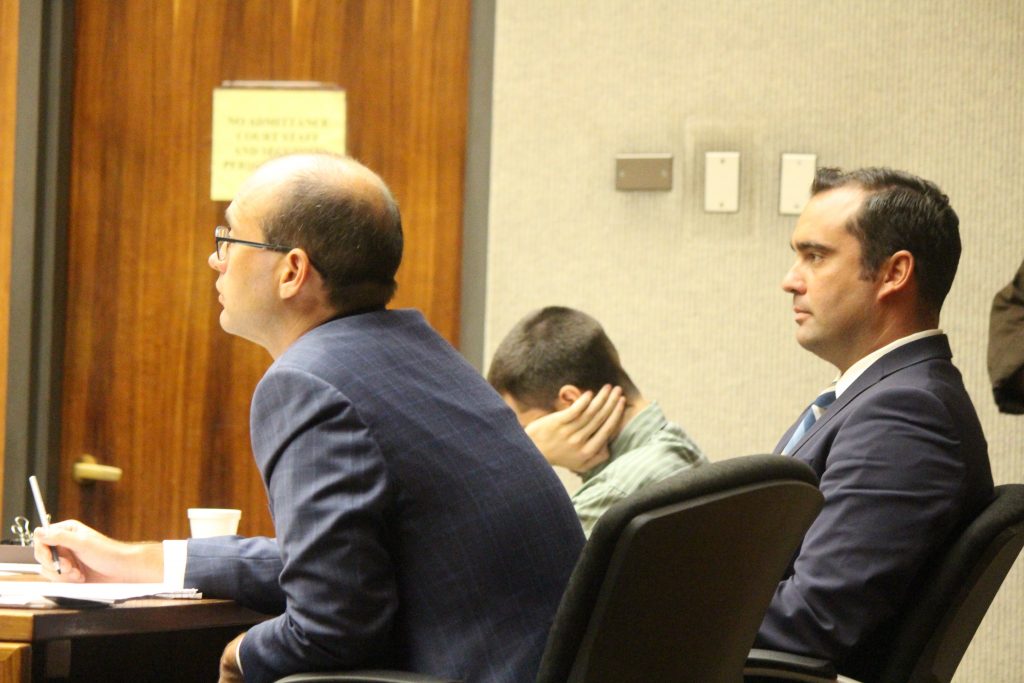