Impeachment Trial: Sen. Schatz Says He Will Vote to Convict 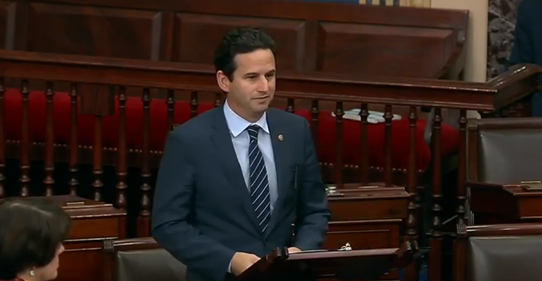 US Senator Brian Schatz (D-Hawai‘i) says he will vote to convict President Donald Trump on two articles of impeachment brought by the House of Representatives.

In a series of posts via Twitter this morning, President Trump said:

And so it is with unending regret that I see what is happening. I grieve for the Senate, an institution both hallowed and flawed, an elite place in the worst sense of the word, and yet still the main place where American problems are to be solved. To paraphrase Winston Churchill, the Senate is the worst legislative body, except for all of the others.

There are millions of Americans that have formed a basic expectation about how a trial is to function, based on hundreds of years of law, and based on commonsense. And so, make no mistake, what the Senate did was an affront to the basic idea of a trial. And for all of the crocodile tears of my colleagues, all of the fake outrage at the accusation – we must call it what it is. It’s a cover-up.

I don’t know what Mulvaney or Bolton or Pompeo would say. I don’t know what the documents would illuminate. And I believe that it is normally very dangerous to ascribe motives to fellow senators when criticizing their vote. But it is impossible for me to escape the conclusion that they don’t want to know – that they wanted to get this over with, before the Super Bowl, of all things. They are afraid of this house of cards falling all the way down.

As I look at the Republican side of the Chamber, I know this moment in history has made their particular jobs extraordinarily difficult – requiring uncommon courage. They have to risk the scorn of their voters, their social circle, their colleagues, and their president, in order to do the right thing. And they didn’t.

The Constitution gives extraordinary powers to the President under Article II – and that makes sense because without a powerful magistrate the government couldn’t function.

But in granting these powers, the framers thought carefully about how to constrain them, and they decided that a president could be controlled, to greater or lesser degrees, by the legislature, the judiciary, and the voters. But the framers didn’t contemplate this level of polarization, when even in the face of the overwhelming evidence of high crimes, one party would not just exonerate him for it but in fact ratify these crimes. They didn’t imagine that one party would be so uniformly loyal to its president that it could maintain a hammerlock on the Senate, preventing the prospect of 67 votes from ever being available for removal.

But all is not lost. We remain a government of, by, and for the people. If people across the country find this as odious to our basic values as we do, in eight months, the American public can render its own verdict on the United States Senate.”