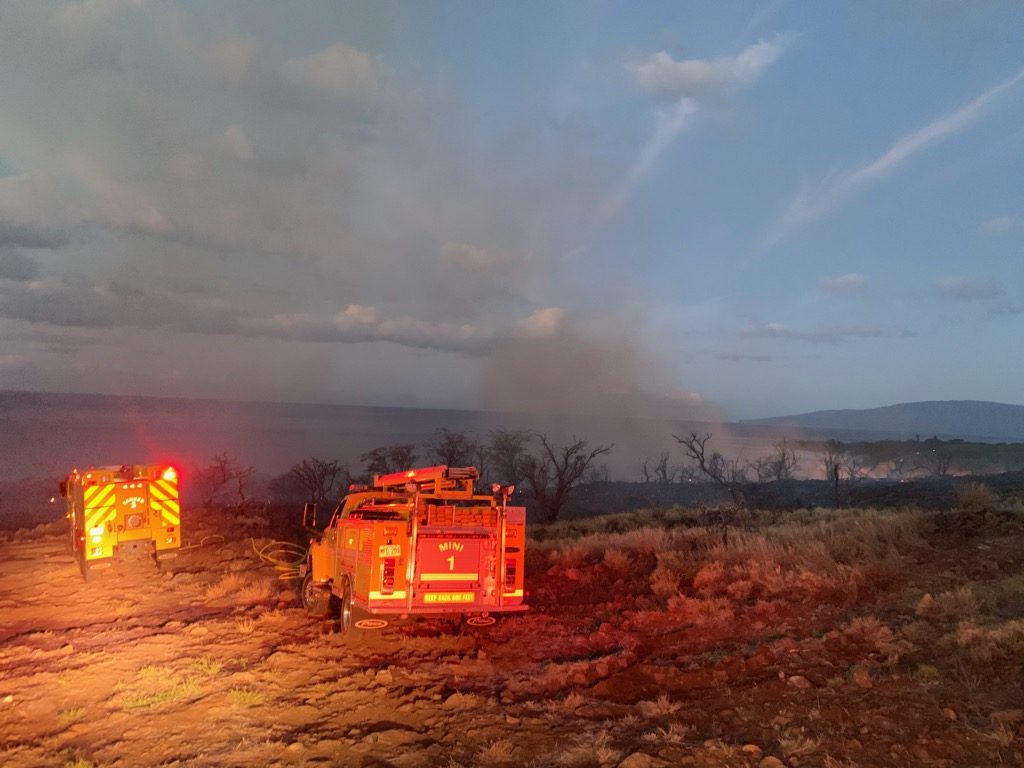 A brush fire reported overnight in Olowalu is now 100% contained as of 4:24 p.m. on Friday, Feb. 21, according to Maui fire officials. Maui Fire Services Chief Rylan Yatsushiro said crews worked throughout the day to secure the perimeter and cool down stubborn hotspots. “Personnel will continue mop up operations and monitoring of the fire area through the night,” said Yatsushiro.

A brush fire in Olowalu has burned an estimated 25 acres and is now 75% contained, according to Maui Fire Services Chief Rylan Yatsushiro.

The fire was first reported at 2:56 a.m., and temporarily forced the closure of the Honoapiʻilani Highway for several hours before the road was reopened at 6:10 a.m.

Crews are currently cutting a fire control line around the perimeter of the fire.

Maui police are also evacuating homeless camps ahead of the fire.  No injuries have been reported.

Light winds and higher gusts have been reported in the area.

The Honoapiʻilani Highway is now OPEN for traffic in both directions. It was closed for several hours while crews conducted fire fighting operations on the mauka side of the highway. Crews continue to battle the blaze, but have since moved their apparatus from the road. Motorists can expect significant delays as traffic resumes its normal flow.  The fire is located mauka of the highway between Mile 13 and 14.

Maui fire crews are battling a brush fire reported in the Olowalu area overnight. The Fire is on the Mauka side of the road and is temporarily impacting traffic.

At 6:03 a.m., crews were working to clear the road of firefighting apparatus in an attempt to reopen the highway. 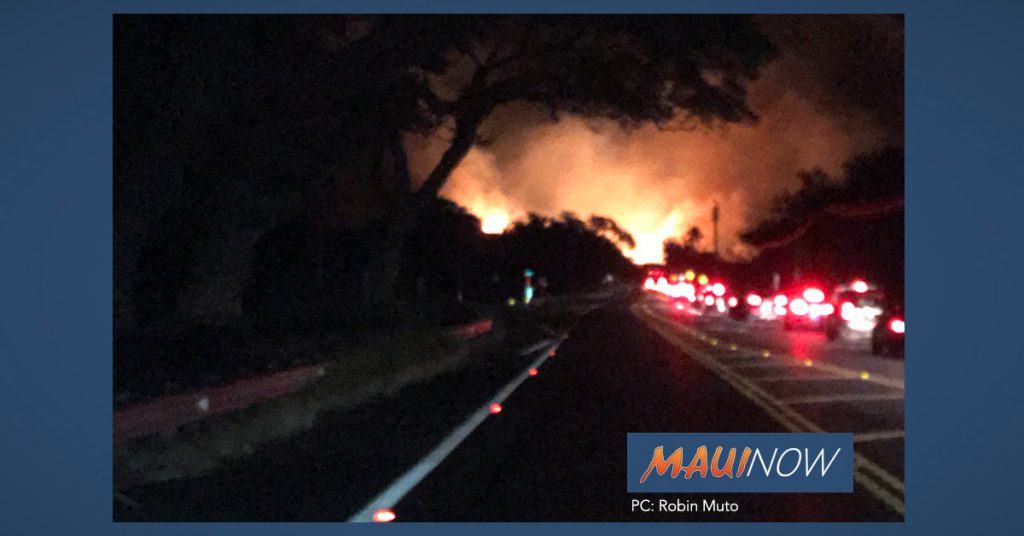