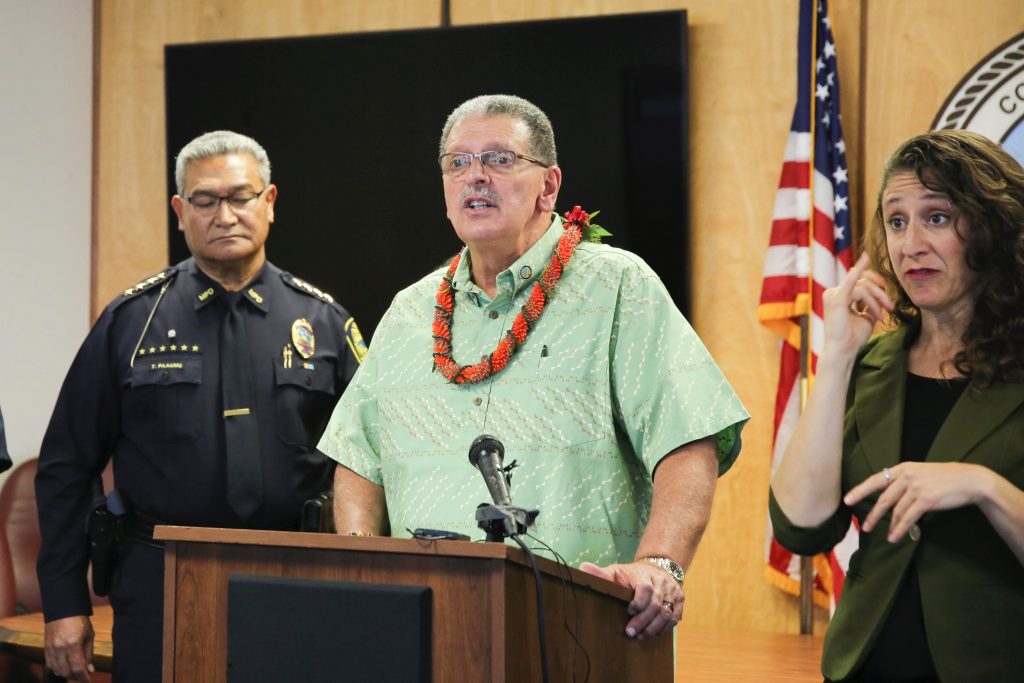 “As we notified the public Saturday night, my administration was informed earlier in the evening (March 14) that the test result for one Person Under Investigation here on Maui was returned positive for COVID-19. We are receiving continuous updates from the Hawaiʻi Department of Health as they gather information and trace back this individual’s steps on the island,” said Mayor Victorino.

Officials were informed that the individual is a Canadian flight attendant with Air Canada and their last flight was on March 8. The individual’s symptom onset began March 9.   “We believe that any risk to any passengers on the previous flight is low,” said Gov. David Ige during an afternoon press conference.

“We also understand that this individual was exposed to a confirmed COVID-19 case in Germany on March 4,” said Mayor Victorino.

“State DOH officials continue to assist and monitor the individual’s health and safety. I’m asking everyone to continue doing their part to limit the spread of this virus. We also need to remain calm, especially for our children as we begin to see more confirmed cases statewide,” said Mayor Victorino.

“We are developing plans for more screening and testing of residents and visitors in Maui County. This will strengthen ongoing efforts to flatten the curve of an outbreak and decrease the strain on our healthcare resources. I hope to announce these efforts very soon,” he said.

“I want to remind the public that this is a rapidly evolving situation and we are working tirelessly for the people of Maui County,” Mayor Victorino concluded.