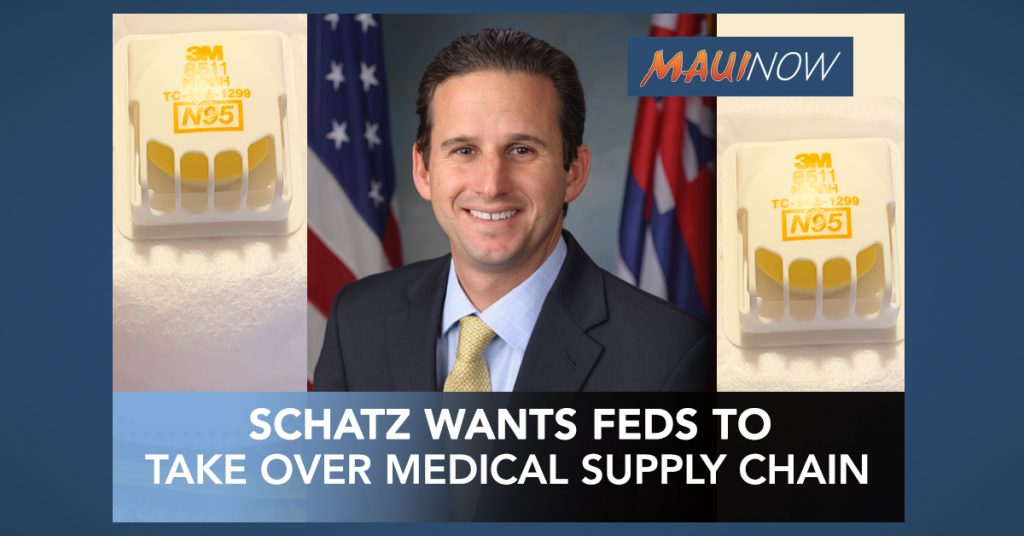 US Senator Brian Schatz (D-Hawai‘i) today announced legislation to force President Trump to implement the Defense Production Act of 1950 and federalize the manufacture and distribution of scarce in-demand medical supplies in order to cure the growing inefficiencies of 50 states and thousands of hospitals that he says are competing against each other for medical supplies.

Sen. Schatz said “there has been no meaningful action taken—leaving hospital and health care workers on the front lines without the proper gear, and fighting against each other in a bidding war for supplies.”

The legislation would require the president to use authorities under the Defense Production Act of 1950 to require emergency production of medical equipment to address the COVID-19 outbreak.

The legislation would further require the Administration to direct the distribution of these supplies, to end the unnecessary competition between states and health care institutions for these increasingly scarce resources.