Maui Mayor Michael Victorino shares more details about the cluster of COVID-19 positive cases at Maui Health that he announced earlier today.  He also shares more about the County’s efforts to control, expedite testing, and prevent further spread of the virus.

Governor David Ige shared his condolences as the state reported its sixth COVID-19 related death. The person who passed was identified as an adult male resident over the age of 65.  The case was classified as an unattended death.

The governor also discussed the cluster of 15 positive results found in employees at Maui Health.

“This is a reminder that the virus doesn’t discriminate.  Everyone is vulnerable–even those who are helping to take care of our community,” Gov. Ige said during an afternoon press conference.

CLUSTER CASES ARE NOT NEW

State Health Director Dr. Bruce Anderson said the Maui cluster was confirmed over time and recently a connection was determined through investigation.

“They are cases that were identified early last month–actually in the middle of last month–and have continued for the last couple of weeks and we found linkages between them back to the hospital,” said Dr. Anderson.

MAUI HEALTH SAYS NO ONE DEPARTMENT IS FOCUS

Maui Health CEO Mike Rembis said he cannot speak for the Kaiser Clinics and said he has not heard of any issues there, however, he did provide further details of the investigation and how the positive cases were identified at the hospital.

“We had two employees as we know that were positive.  As a result, we started doing a tracking and we are checking any other employees that may have had direct contact and create any high risk situation. It’s not focused on any particular department,” said Rembis.

DRIVE THROUGH TESTING IN KAHULUI ON THURSDAY; AND HANA ON FRIDAY

Drive through testing will take place this Thursday, April 9, at Keopuolani Parkin in Central Maui between 8 a.m. and 4 p.m. with the first two hours dedicated to health care workers.  No calls are necessary, but participants will be asked to stay in their cars where they will be screened.

A separate clinic is planned in the East Maui community of Hana on Friday from 8 a.m. to 3 p.m. across the hana ball park with the first hour dedicated to essential workers.

“The highest priority is to make sure for those who have traveled outside of Hana in the past 2-3 weeks –they will be priority as far as the public is concerned,” said Mayor Victorino.  He also noted that individuals who live in three-generation households will also be given priority for testing. 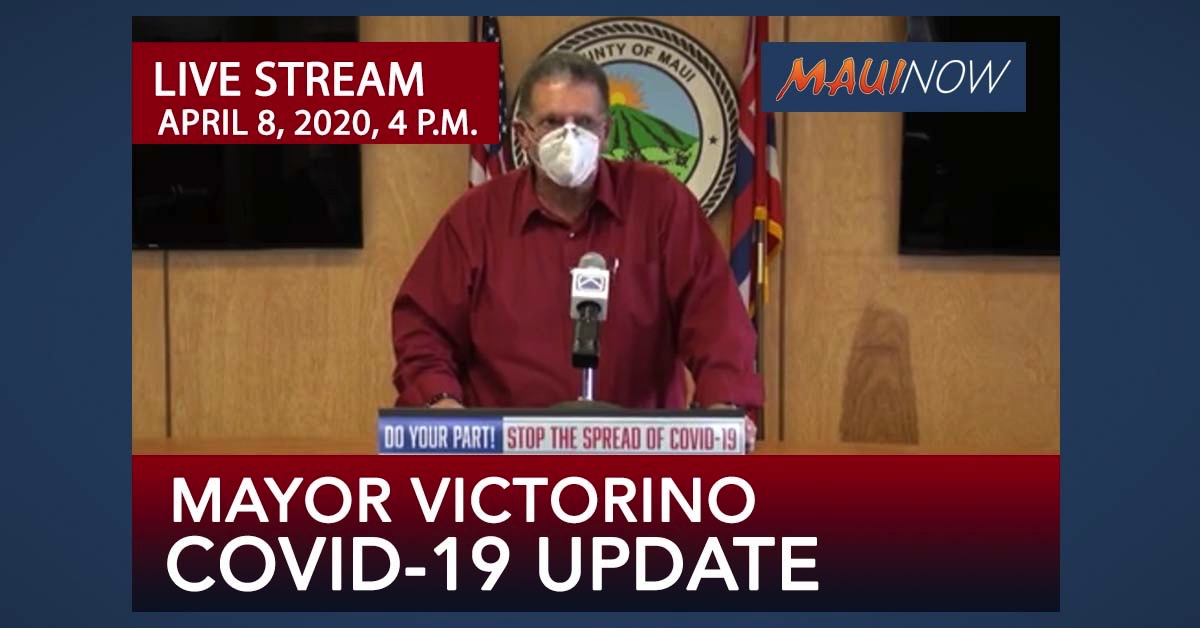