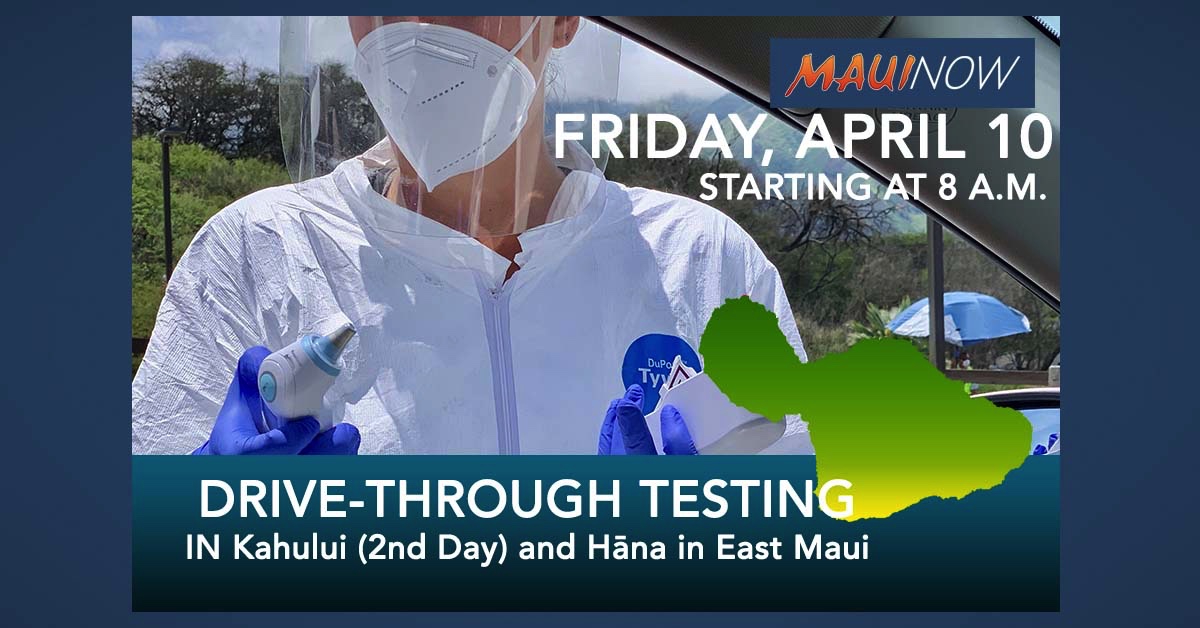 Second day of Drive Through Testing Planned FRIDAY, APRIL 10 at Keōpūolani in Kahului

Drive-through testing for COVID-19 will take place again for a second day on Friday, April 10, at Keōpūolani Regional Park.  Maui Mayor Michael Victorino reports that more than 700 tests were completed in Thursday’s testing at the location.

Testing will be open to first responders and healthcare workers ONLY from 8 a.m. to 10 a.m.

“We want to mahalo Dr. Miscovich and his team again, for providing these test kits for our community,” Mayor Michael Victorino said. “Providing testing to first responders, healthcare workers and the general public is hugely valuable in our fight against COVID-19.”

Testing will be provided at no-cost through a partnership with Dr. Scott Miscovich of Premier Medical Group and the County of Maui.

Access to Keōpūolani Park will ONLY be allowed through a right turn off Wahinepio Avenue. Left turns coming from the Kaʻahumanu Avenue direction will NOT be permitted.

Individuals will be screened on-site. First responders and healthcare workers should present their work IDs for screening.

All participants are asked to:

Testing for Hāna will take place on FRIDAY, April 10

According to Premier Medical Group, priority for testing will be given to those who are: