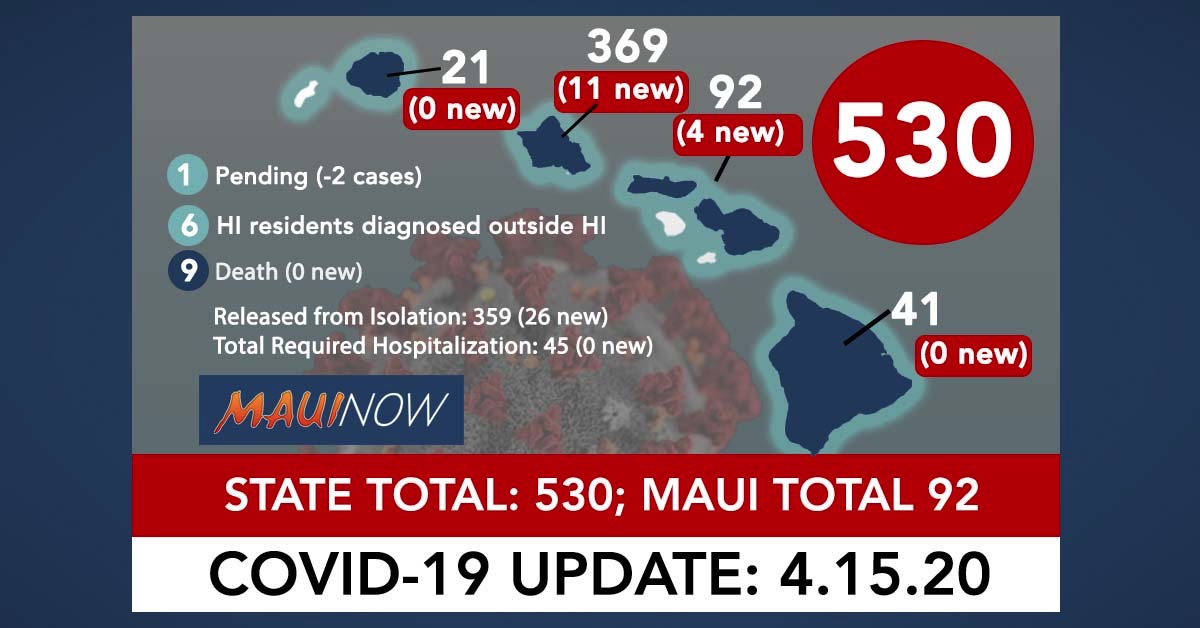 There is now 1 pending case, where the island of residency has not been determined, which is down by two cases from yesterday’s count.  There were also six cases that are identified as Hawaiʻi residents who were diagnosed outside of Hawaiʻi.

The Hawaiʻi State Department of Health reports that there were 359 individuals released from isolation; and 45 cases that have required hospitalization.

Maui County has 4 new cases for a total of 92 confirmed positive. Of the 92 cases in Maui County, at least 42 have been released from isolation, and 7 have required hospitalization.

There is a COVID-19 cluster on Maui at the Maui Memorial Medical Center.  The state adjusted the Maui Hospital cluster count upward to 34 individuals under investigation.

The Maui positive count includes at least one resident of the rural community of Hāna in East Maui and at least two residents of Molokaʻi.  There was also a confirmed case of a physical therapy worker at the Kula Hospital who tested positive for COVID-19.  A total of 16 individuals who received care were tested and so far, no positive cases have been reported as a result.