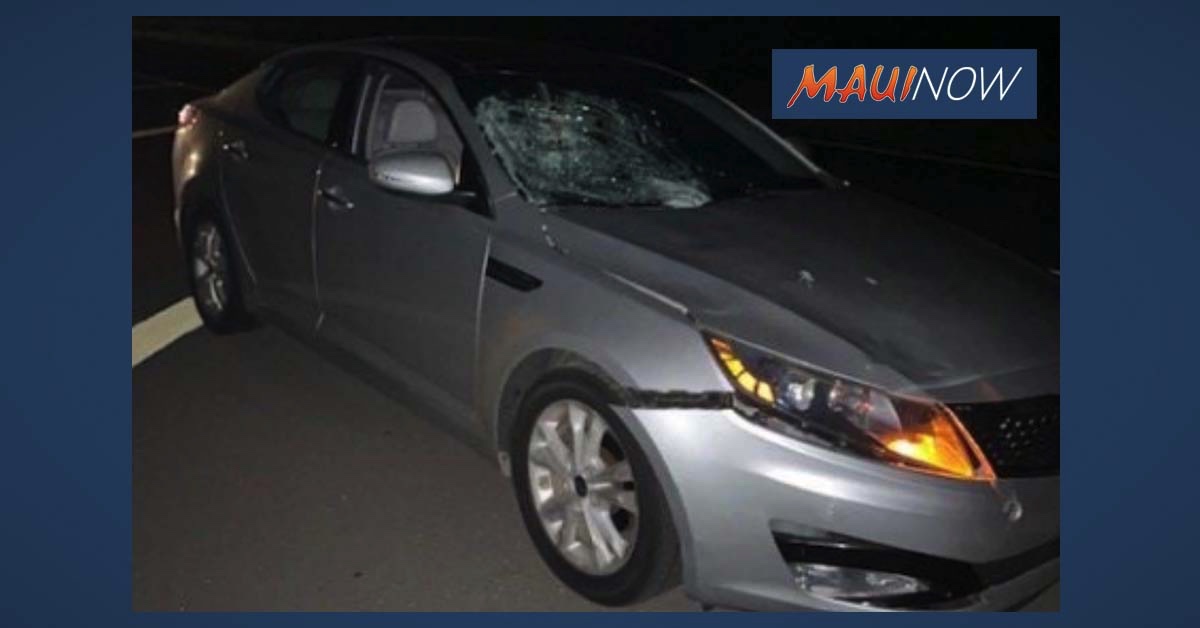 A 72-year-old Kīhei man suffered life-threatening injuries after being struck by a vehicle on the Maui Veterans (Mokulele) Highway last night.

The incident was reported at 8:08 p.m. on Friday, April 17 on the highway, south of the entrance to the Keālia National Wildlife Refuge.

Police say the man was illegally crossing the highway, walking westbound within the southbound lane of travel, when he was struck by a 2011 Kia Optima that was traveling southbound (towards Kīhei).

According to Maui police, the operator of the Kia, a 19-year-old Wailuku woman, did not observe a pedestrian, who was dressed in dark clothing walking across the roadway. As a result the Kia struck the pedestrian, who sustained life-threatening injuries and was transported to Maui Memorial Medical Center.

The operator of the Kia, and a lone passenger, a 22-year-old Kahului man were not injured as a result of the crash. Both were using their seatbelts at the time.

Police say the involvement of speed, drugs and alcohol has not been determined as the investigation is still
pending.

So far this year, there have been three fatalities on Maui County roads compared to seven at the same time last year.