Nearly 500 Out-of-State Passengers Arrive in Hawai‘i on Friday; 28 on Maui 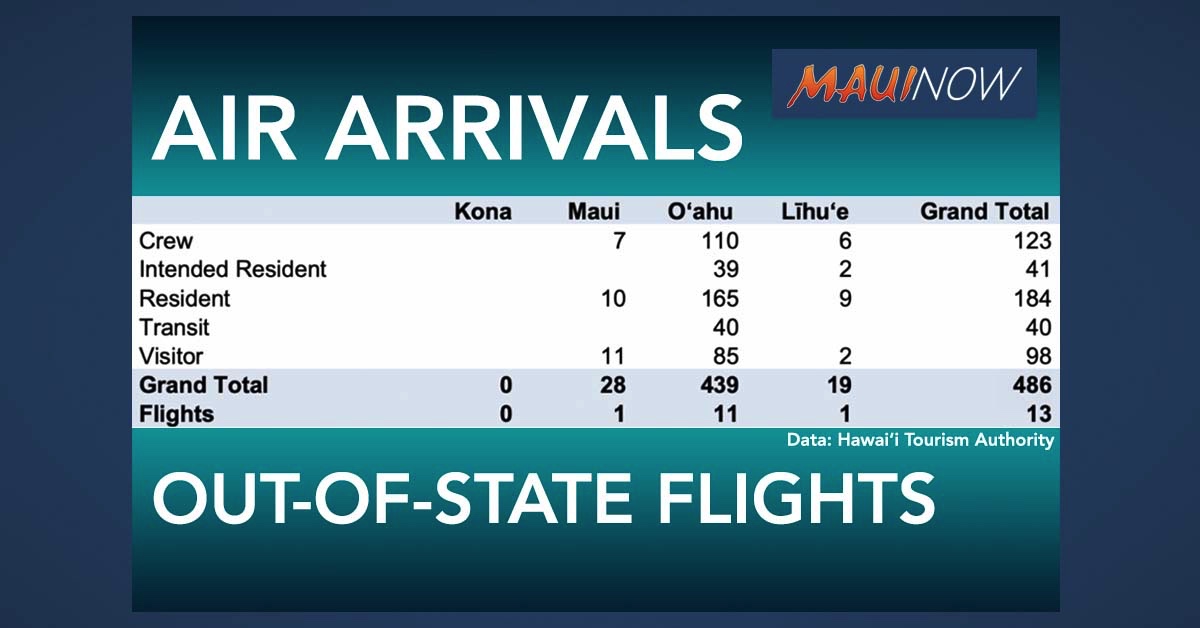 On Friday, April 17, a total of 486 people arrived in Hawaiʻi from out-of-state including 98 visitors and 184 residents, according to new data compiled by the Hawaiʻi Tourism Authority.

On Maui, there were 28 individuals who arrived from out-of-state including seven crew members, 10 residents and 11 visitors.