COVID-19 Enforcement on Maui Results in 146 Citations in Week 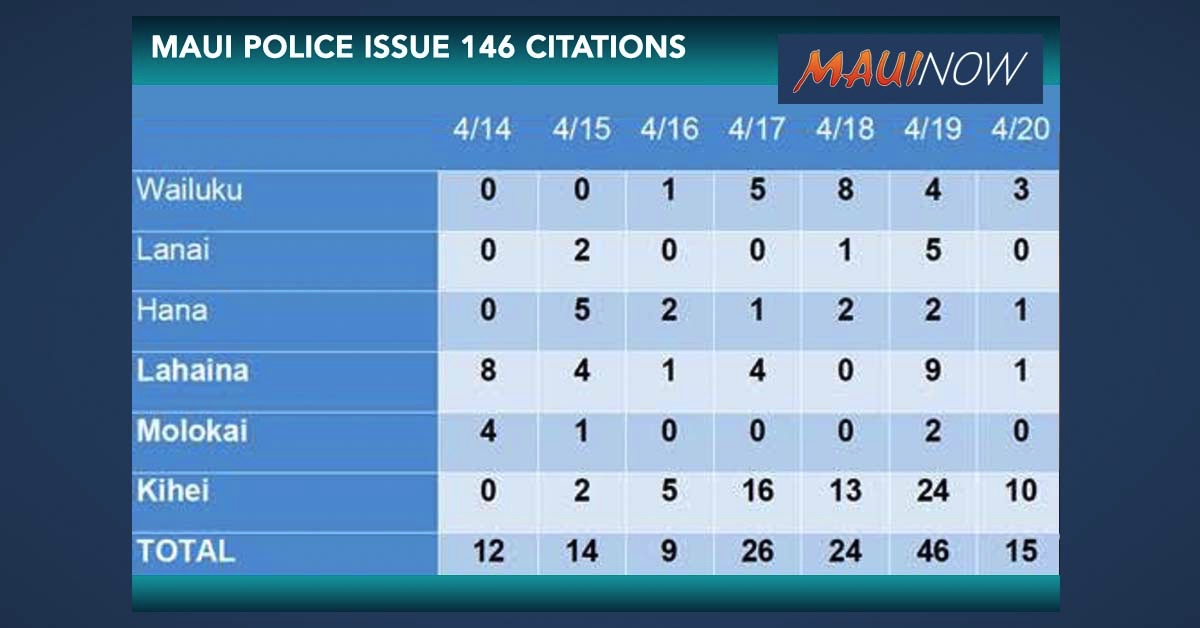 Maui police issued a total of 146 citations over the past seven days for violations related COVID-19 enforcement efforts. Of the Maui citations issued, nearly half were in Kīhei where 70 citations were issued over the course of a week.

Today’s totals are included in the count because they cover the 24 hour period ending at 5:59 a.m., according to Maui police Lieutenant Audra Sellers.

The citations are for violations under Hawaiʻi Revised Statute 127A-25 Rules and Orders.