No Trans-Pacific Flights to Maui for Second Day This Week 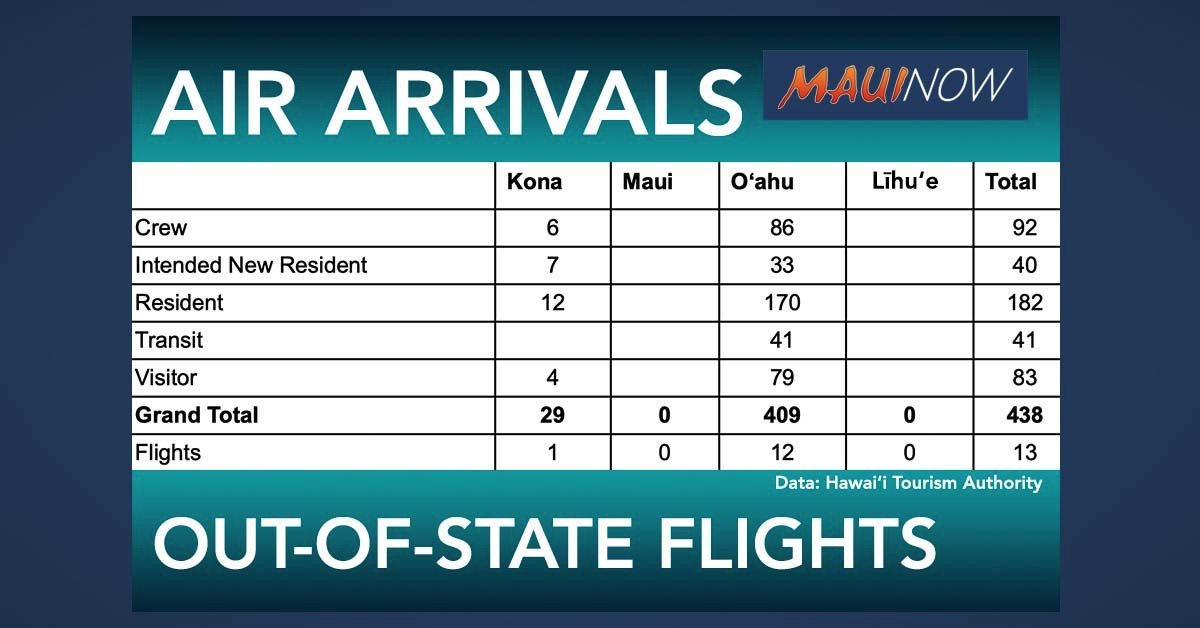 For a second day this week, Maui County had no trans-Pacific flights (domestic flights) from the mainland on Thursday.  Mayor Victorino had earlier indicated that out-of-state flights would be reduced to four times per week.

Transportation officials say that currently, only Delta Airlines is flying from Los Angeles to Kahului-Maui, Kona-Hawaiʻi and Līhuʻe-Kauaʻi 3 to 4 times a week.

On Thursday, April 23, 438 people arrived in Hawaiʻi including 83 visitors and 182 residents, according to new data provided by the Hawaiʻi Tourism Authority.

During this same time last year, nearly 30,000 passengers arrived in Hawaii daily, including residents and visitors.

Of the 113 interisland passengers that arrived at Kahului Airport on Maui, 98 were from O‘ahu, 13 were from Moloka‘i, and 2 were from Lāna‘i. 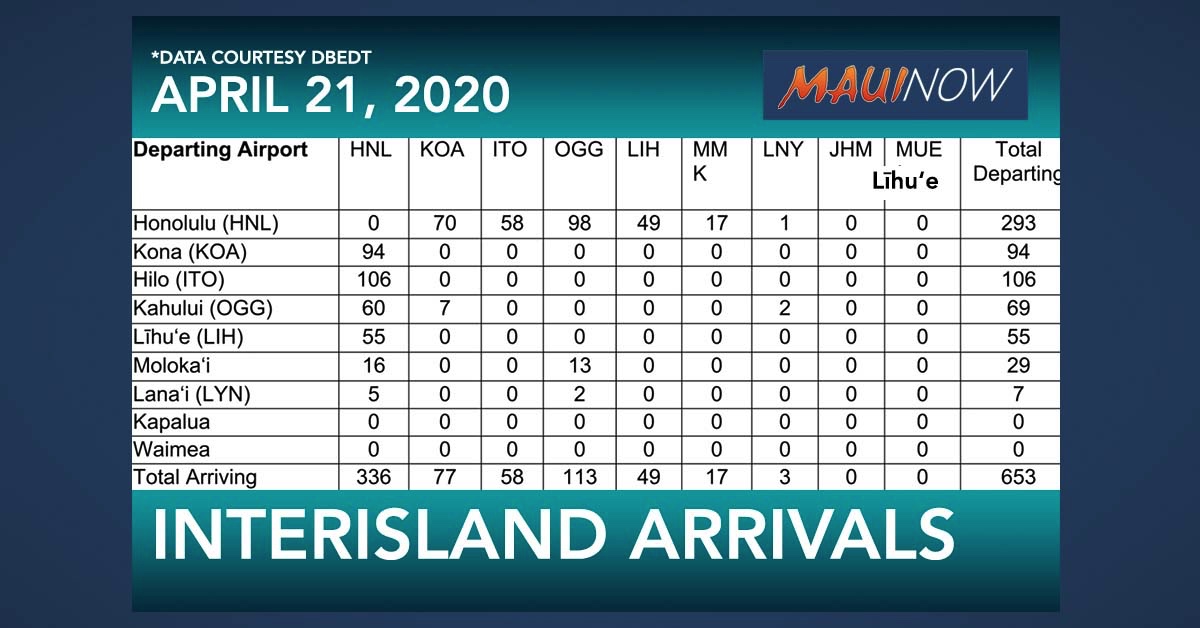