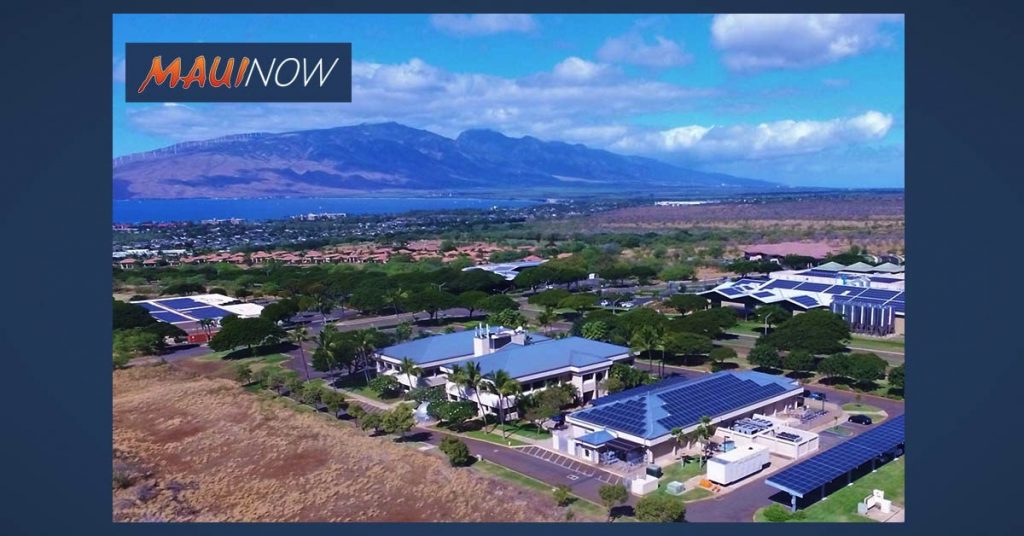 The contract calls for UH to provide essential engineering, research and development capabilities in emerging computer technology and is intended to lower barriers to a modern High Performance Computing ecosystem and high-performance computing-backed solutions.

“The Maui High Performance Computing Center is the largest extramural project in UH history” said UH President David Lassner and principal investigator. “It is the cornerstone of high-tech on Maui and provides some of the best jobs on the island.”

The university has been operating and managing MHPCC since it first won the contract through a competitive bid in 2001.

“We look forward to our continued partnership to support STEM education, as MHPCC scientists and engineers generously volunteer their time as mentors to students ranging from coaching robotics to fostering internships,” said Leslie Wilkins, president and CEO of Maui Economic Development Board.

MHPCC is one of just five Department of Defense Supercomputing Resource Centers nationwide. The new project is known as VaCUUMS–Vanguard Center Unified UARC for MHPCC Support. The purpose of the Vanguard Center is to leverage the core competencies of ARL at UH to accomplish research, development, test and evaluation.

“We sincerely appreciate the support and guidance that we received from the Naval Sea Systems Command in developing this new contract with the US Air Force Research Laboratory,” said ARL at UH Director Margo Edwards. “This is important research for our country and it is exciting that it is happening right here in Hawaiʻi.”

The late US Senator Daniel K. Inouye was the driving force behind the establishment of the MHPCC in 1993. In 2001, when UH won the contract to operate the center, Inouye stated, “It has long been my hope that the university play a greater role in concert with the Department of Defense in Hawai’i in utilizing the supercomputer for the benefit of its faculty and students.” He also said, “ … a world-class supercomputing center offers tremendous opportunities to advance the frontiers of scientific inquiry and positions Hawaiʻi at the forefront of high-tech research and development.”