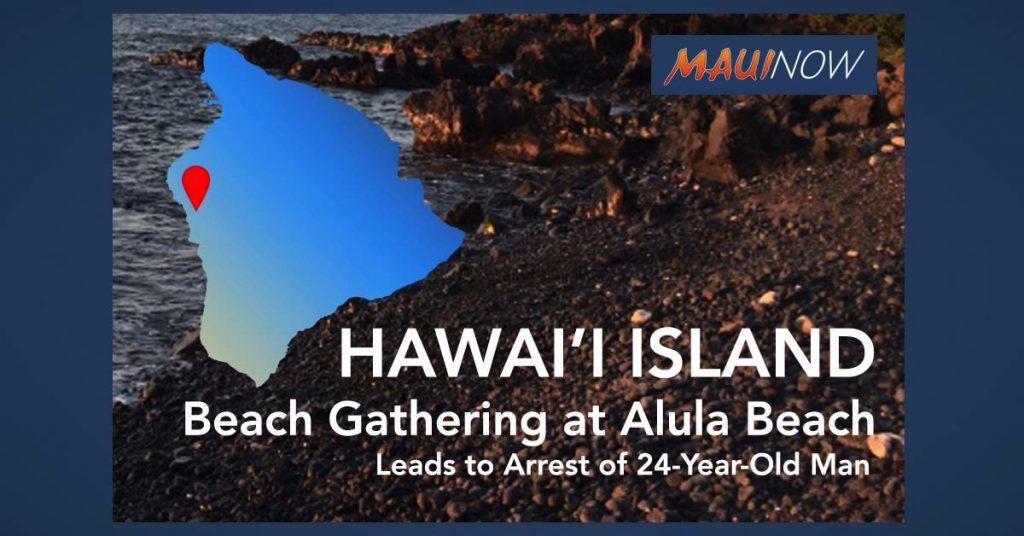 State officers on Hawaiʻi Island arrested a 24-year-old man after receiving a citizen report on Wednesday afternoon of a large gathering at Alula Beach near Honokōhau Small Boat Harbor.

Officers with the DLNR Division of Conservation and Resources Enforcement responded to the beach and reportedly observed “numerous people not engaging in permitted activity outlined in the State’s current emergency rules.”

The officers contacted Dillon Kroll of Kailua-Kona and say the man “immediately became agitated and combative, cussed at the officers, and was so angry other people on the beach became alarmed.”

Officers allege Kroll refused to follow them to their vehicles to prepare a citation and “continued debating with them while yelling and swearing.”

Kroll was arrested for disorderly conduct, intoxication on state unencumbered land and violation of emergency rules and orders. He was booked at the Kona Police station and then released on his own recognizance.

DOCARE Chief Jason Redulla said, “While the majority of our residents are following emergency rules, including not congregating on beaches, this arrest clearly demonstrates that there are a few who are not. They are not only possibly endangering the health of others, but their own. Health experts tell us, it takes everyone complying with social-distancing and other mandates in order to keep coronavirus at bay. Our officers will aggressively enforce the emergency rules and all other laws when they are advised of violations.”

DOCARE is also looking into reports of two men who kayaked to the Mokulua Islets State Wildlife Sanctuary off Kailua on Wednesday.  According to officials, witnesses reported seeing the men hitting a resting monk seal on Moku Nui.

A photo of the men and commentary were posted on Instagram (see link below). Hitting or harassing Hawaiian monk seals is a violation of both federal and state rules and can result in fines and jail time.

Anyone with information on this incident is asked to call DOCARE at 643-DLNR. In addition to this 24-hour hotline resource violations can also be reported in real-time via the free DLNRTip app. 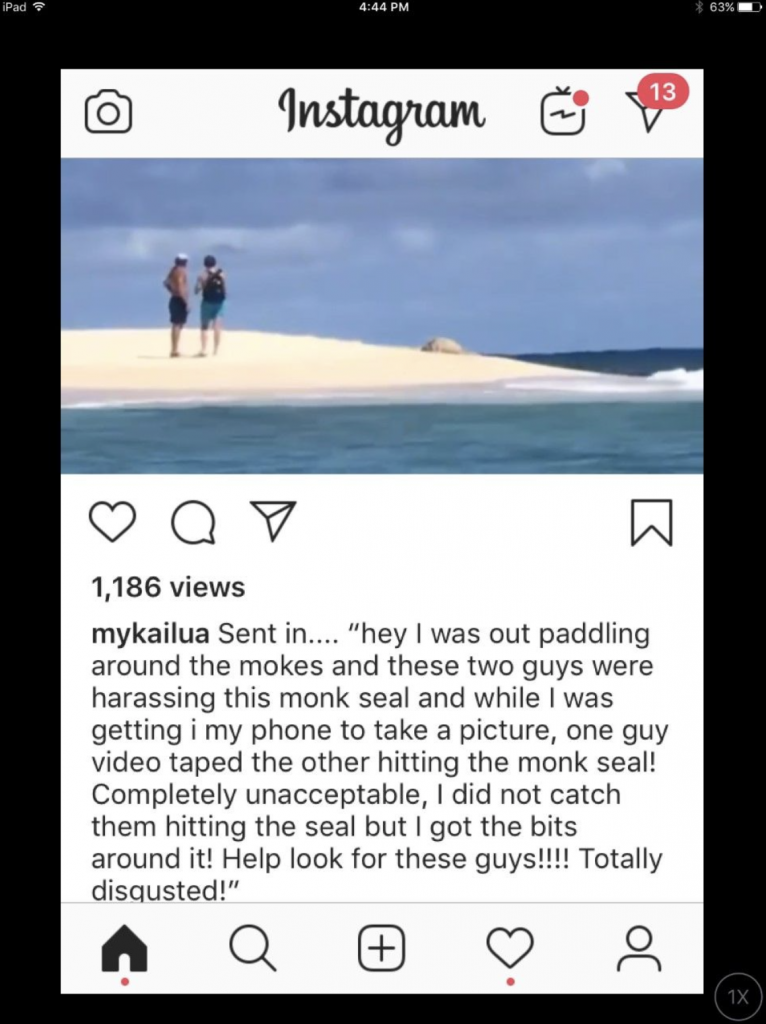