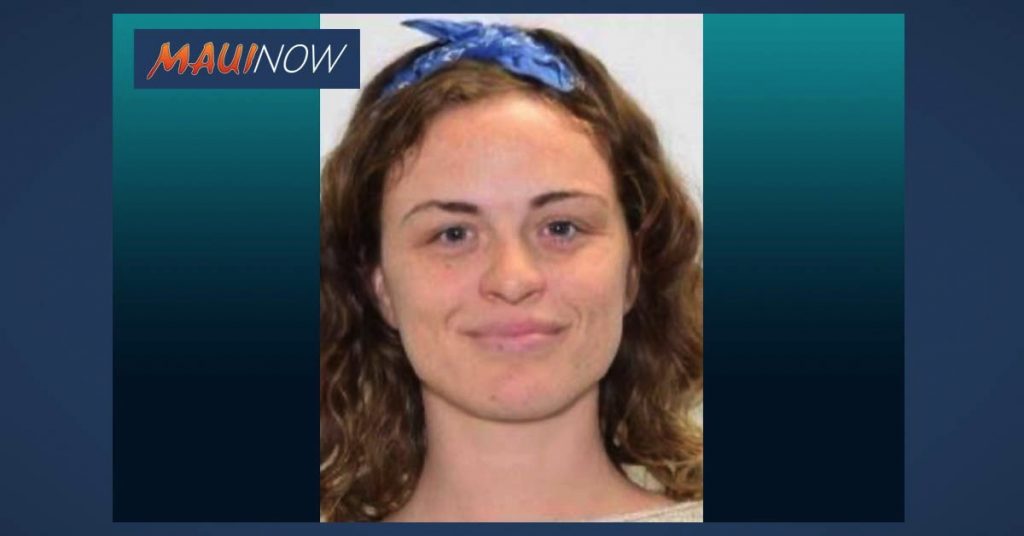 Maui Police are seeking the public’s help in locating another visitor from Colorado wanted for alleged violation of emergency rules and orders for failure to quarantine.

According to police, Degraaf acknowledged the 14-day quarantine, and indicated she would be staying at a North Shore Hostel; however, police were later contacted regarding Degraaf having immediately canceled her reservations at the hostel.

Police attempted to contact Degraaf via the given phone number and email address, but no response was received.

Anyone with information is asked to please contact the Maui Police Department non-emergency number at (808) 244-6400.

Tara Trunfio, 23, of Colorado was arrested over the weekend for two counts of violating emergency Rules and Orders. Police say an investigation reveals that Trunfio arrived on Maui, acknowledged the Emergency Proclamations set forth by Governor David Ige and Mayor Michael Victorino with regards to the Traveler 14 Day Quarantine, however police say she failed to comply.