966 Air Arrivals to Hawai‘i on Sunday, Including 253 Visitors 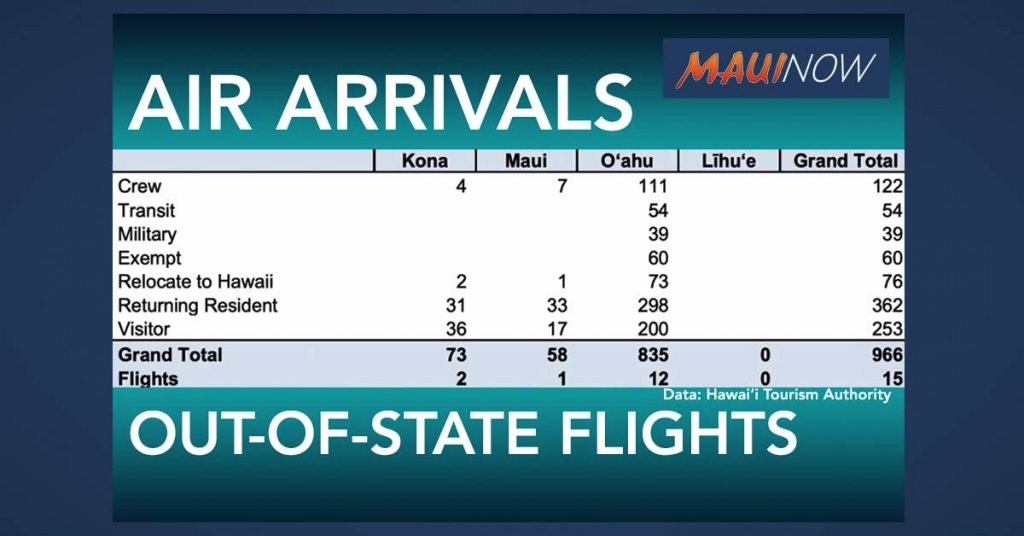 Yesterday, 966 people arrived in Hawaiʻi, including 253 visitors and 362 returning residents, according to new data compiled by the Hawaiʻi Tourism Authority.  The count also included 122 crew members, 54 individuals in transit to another location, 39 military, 60 exempt individuals and 76 people that are relocating to the islands.

Here on Maui, 58 people arrived on a single trans-Pacific flight from out-of-state, including 33 returning residents, 17 visitors, 7 crew members and one individual seeking to relocate to Maui.

The table above shows the number of people who arrived by air from out of state on Sunday, May 24, and does not include interisland travel.

This data was collected from the Hawaiʻi Department of Transportation’s new Mandatory Travel Declaration Form.

Scroll Down to Read 56 Comments 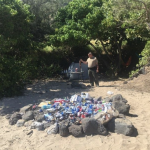 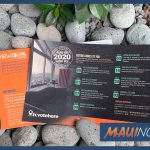 ARTICLE COMMENTS ( 56 )
This comments section is a public community forum for the purpose of free expression. Although Maui Now encourages respectful communication only, some content may be considered offensive. Please view at your own discretion.
I Understand, Show Comments